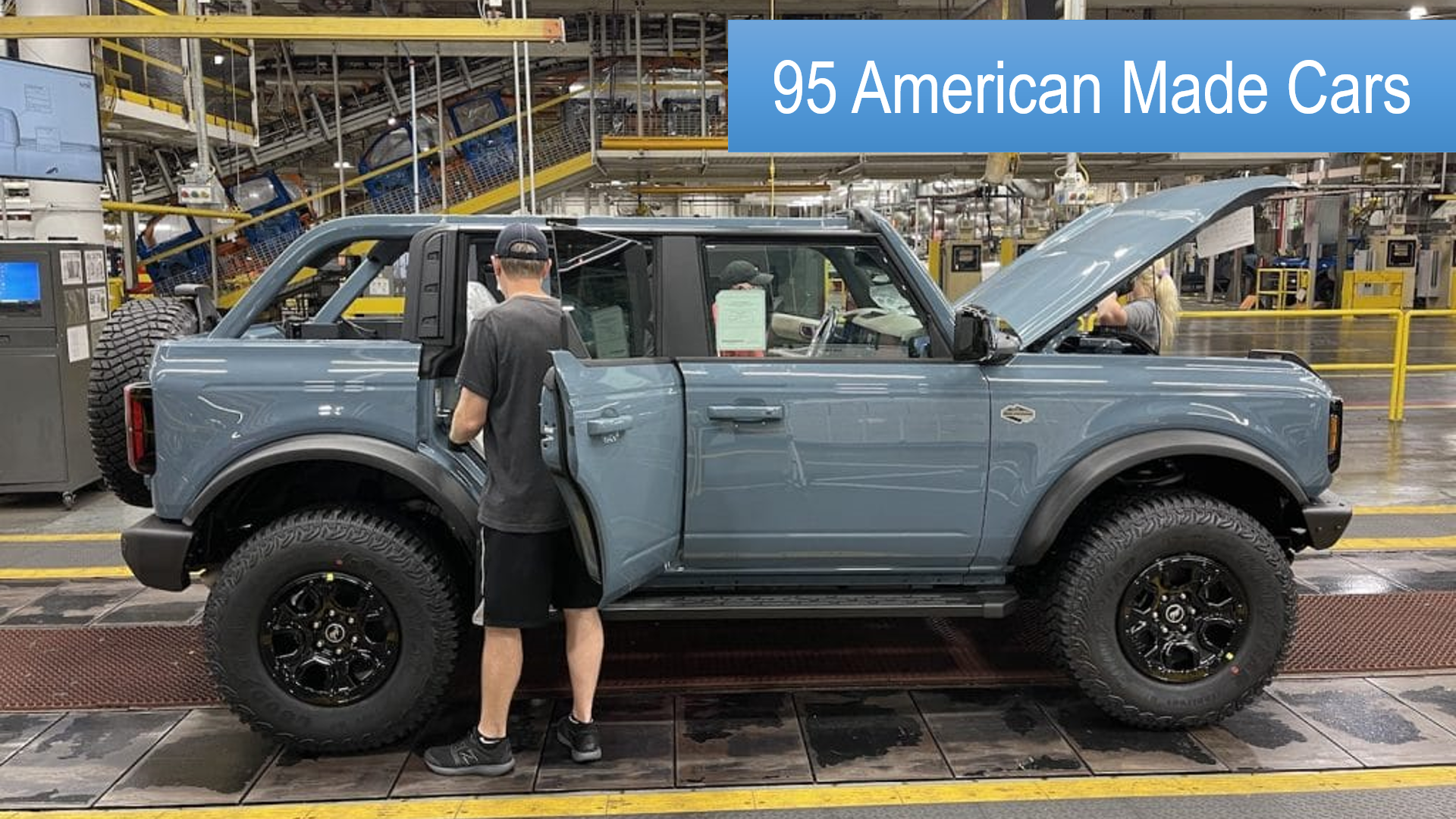 In case you missed my article on the 2021 report, it can be read HERE.

In developing the 95 car ranking, Cars.com based their conclusions on the following criteria:

Full detail about the report can be found HERE on Cars.com.

The top 20 ranked vehicles are shown in the chart below, with a comparison to their 2020 and 2021 ranks.  Vehicles noted as “unranked” for 2022 have either been discontinued or they did not make the top 95: 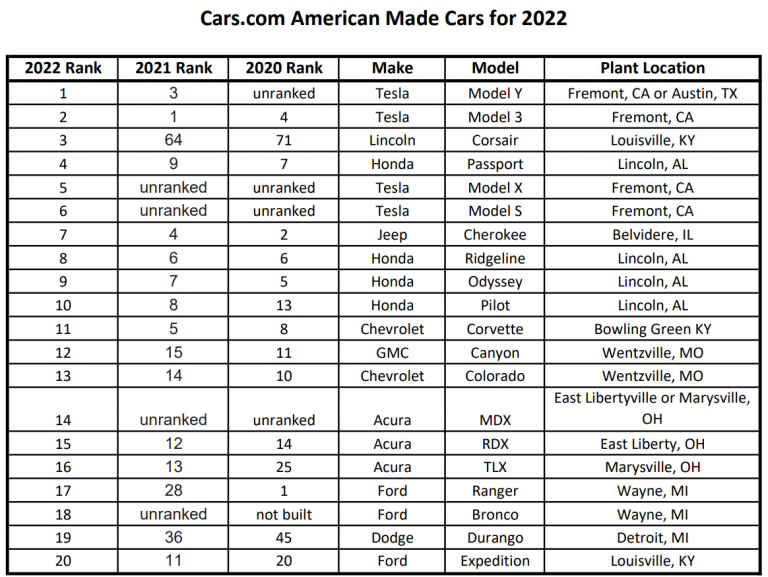 The complete list of 95 vehicles has been compiled and included in a PDF file found HERE.

Most notable is the inclusion of the Tesla Model X and Model S, which was not on the 2021 list.  Supposedly, their updates in 2021 prevented them from making the list last year.  More than likely, Elon Musk was playing games with sales data.

A number of other models saw significant movement from last year.  This could be due to changes in the their North American content or competing models that were all new for 2022, starting production in the United States.

Special note to my Canadian friends:  Cars.com touts this as the most “American Made” cars report.  It only includes vehicles made in the United States, but does give credit for components made in North America.  So, you got that going for you!

Some vehicles may be missing from this list due to a number of mitigating factors:

Ultimately, does it matter to car buyers if their vehicle is within the 95 on the list?  Would a Ford Maverick made in Mexico, Land Rover from the UK or any number of GM products from Canada be acceptable to them?

I grew up in this business, but have no issue with buying a vehicle made outside the U.S.  Ultimately, the vehicle’s reputation, style and performance are what matter to me.

I’m willing to bet you feel the same way.