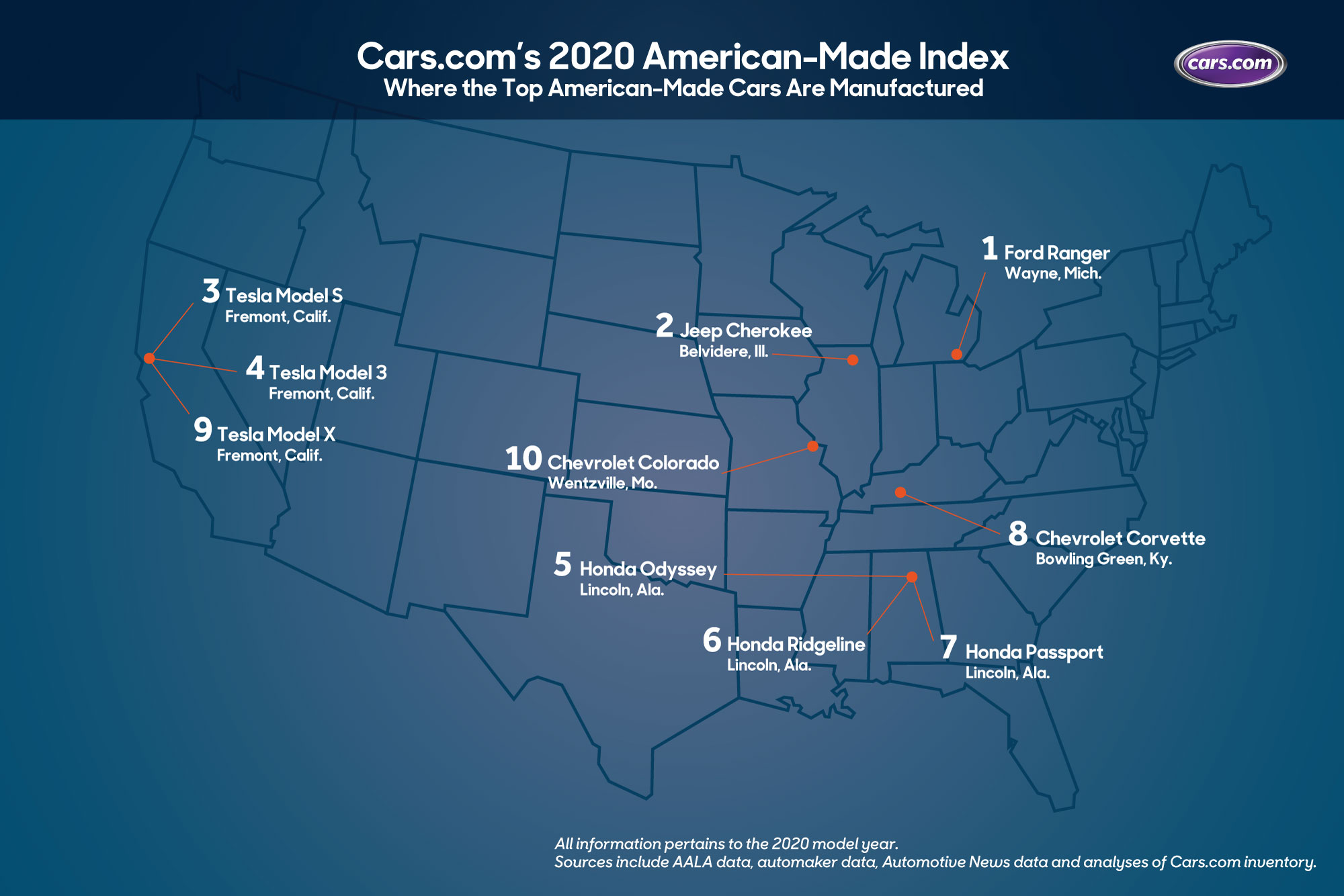 Buy American!  Save American jobs!  Remember that battle cry in the 70s and 80s when foreign (mostly Asian) manufacturers started selling cars in the U.S.?  We were supposed to support the home team and only buy American made cars.  That’s a great sentiment, however, it is not quite so clear who the home team is any longer.

It was easy back in the day, when General Motors, Ford and Chrysler (now FCA) were the “Big 3” headquartered in Michigan and built everything in the USA.  Being based in the U.S. is no longer a guarantee that your cars are built here or even if the majority of their parts content was supplied from USA/Canada suppliers. This is a global economy after all and competitive pricing means sourcing and building wherever makes the most sense, economically.

I enjoy debating this topic with friends, who don’t believe that many “foreign” automakers have set up shop here in the U.S.   Luckily, Cars.com just released their annual study,  “The Cars.com 2020 American-Made Index: Which Cars Are Most American?”, so these debates can now have greater substance (and friends will be more believing)!

The study ranked 91 vehicles based on the parts content sourced in North America (USA/Canada).  Obviously, all of the vehicles were built in the U.S. in order to be considered.

Listed below are the top 10 vehicles.  You can see the full list in the article I linked above.

It is a pretty eye-opening list, and even more so when you look at the remaining 81 vehicles they reviewed.  If you are truly concerned about only buying American made cars, then you may be making a decision that would seem foreign to you just ten or 20 years ago.

You can now take one for the home team, and support your car buying preference!