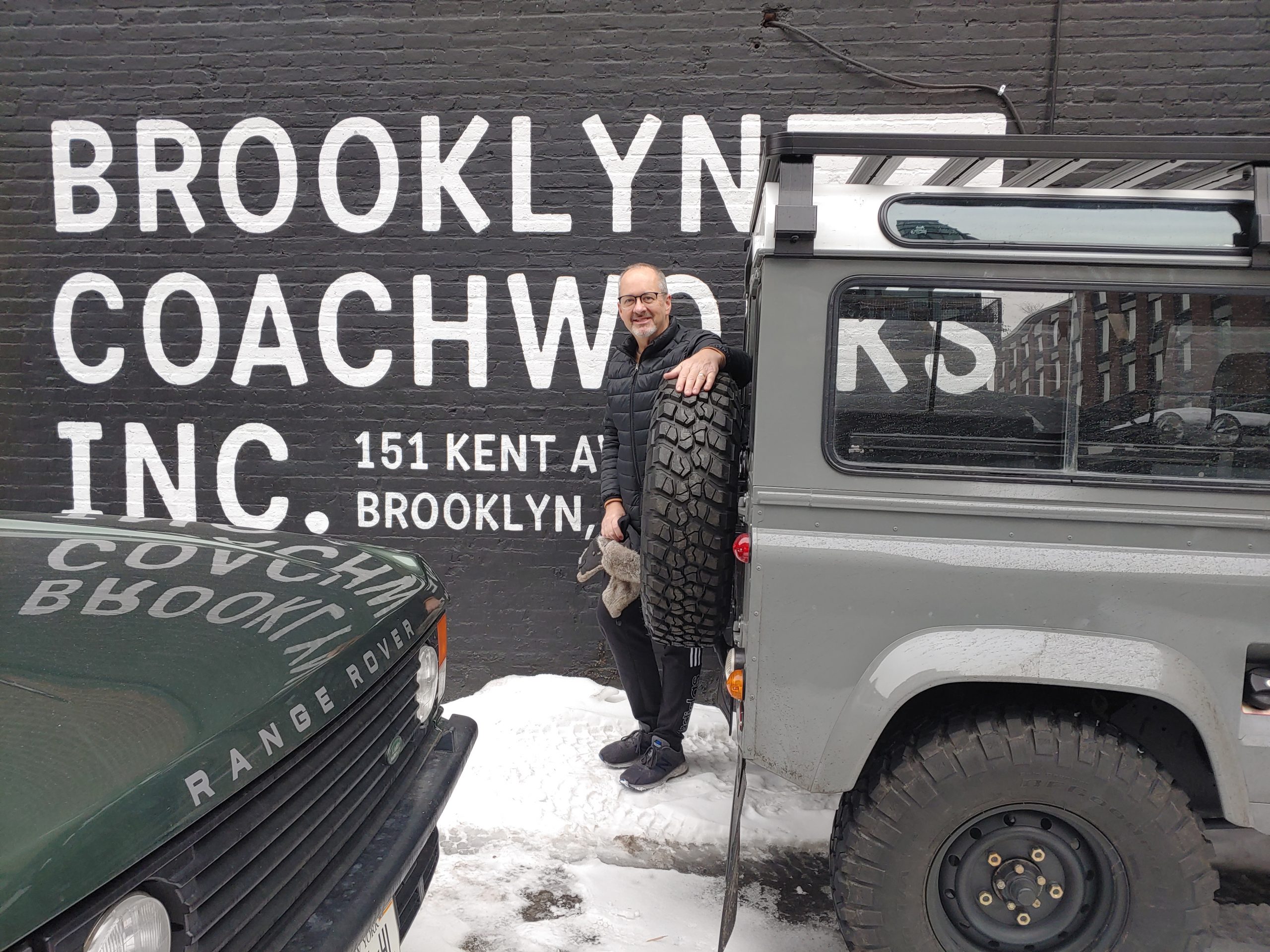 Some time last fall, my son (Will, who lives in Brooklyn) discovered a business with a bunch of older Land Rovers in the parking lot.  He learned that the business, Brooklyn Coachworks, was noted for the restoration and modification of Land Rovers. Cool!  I started following them on Instagram and made a note to check them out the next time I was visiting Will.

Last weekend, we drove Will back to his apartment in Brooklyn after a two month stay with us in Michigan (thank you to Will’s employer for enabling remote work!).  We only stayed overnight, but I made sure to drop by Brooklyn Coachworks before leaving town.  Luckily, it was only 0.5 miles from our hotel, so a nice walk was in order.

Snooping Through the Lot

It was a Sunday morning, so Brooklyn Coachworks was closed.  Lucky for me, the gate to the parking lot was open so I checked out the Land Rovers parked outside their shop.  Some pics can be found below 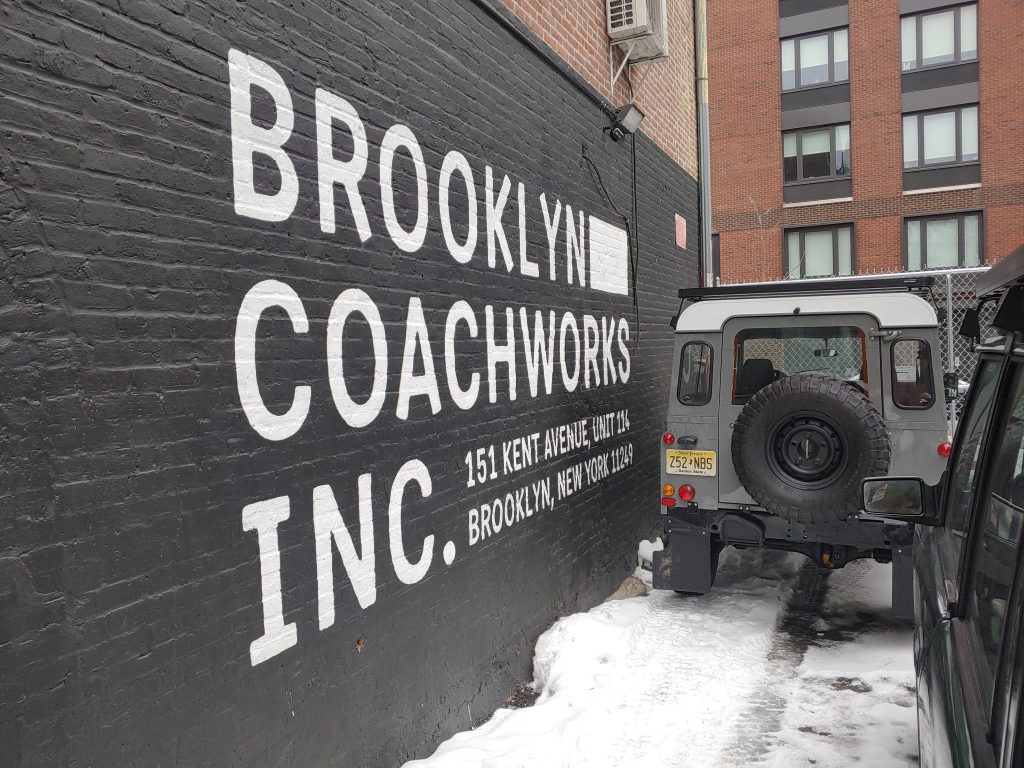 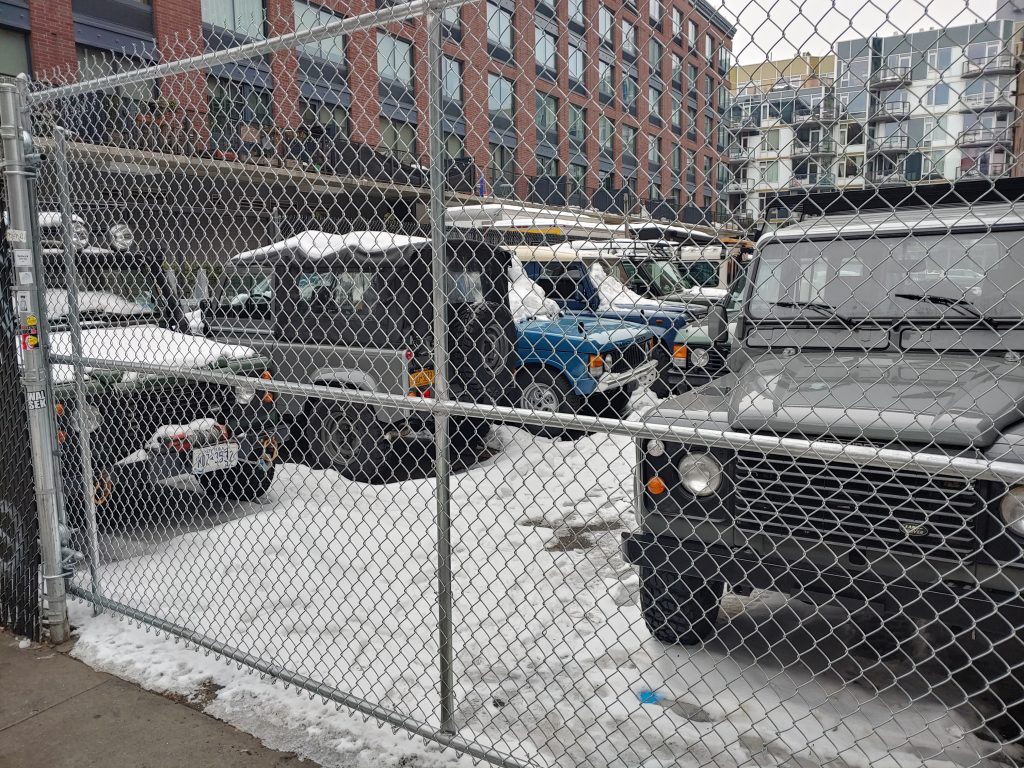 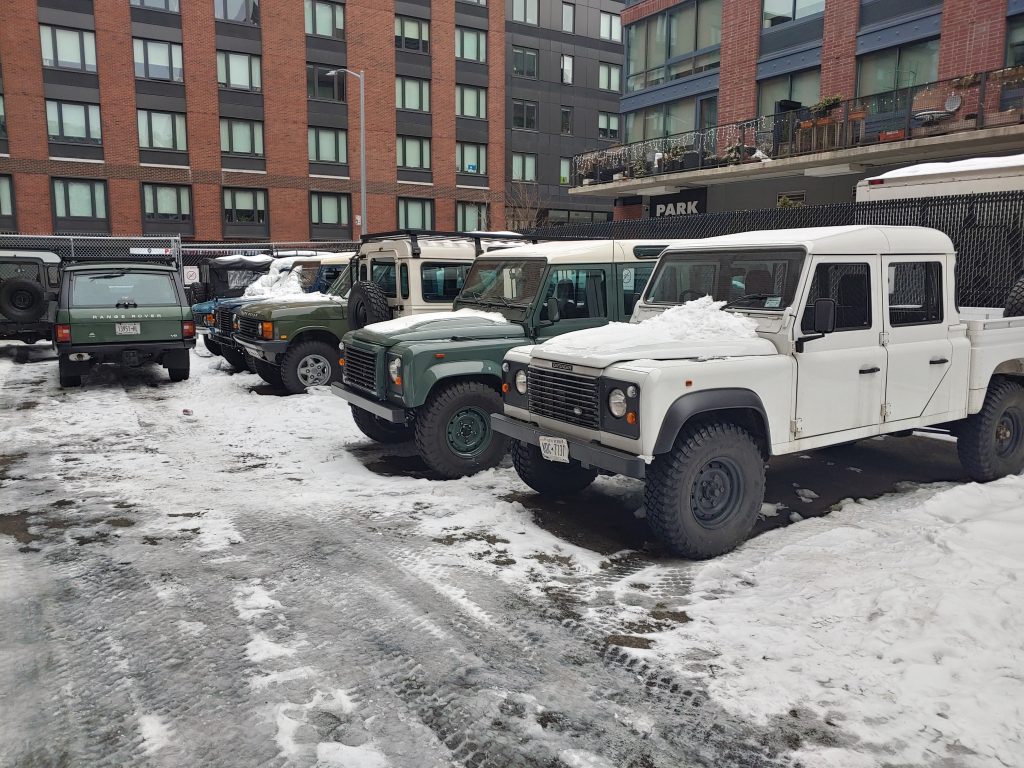 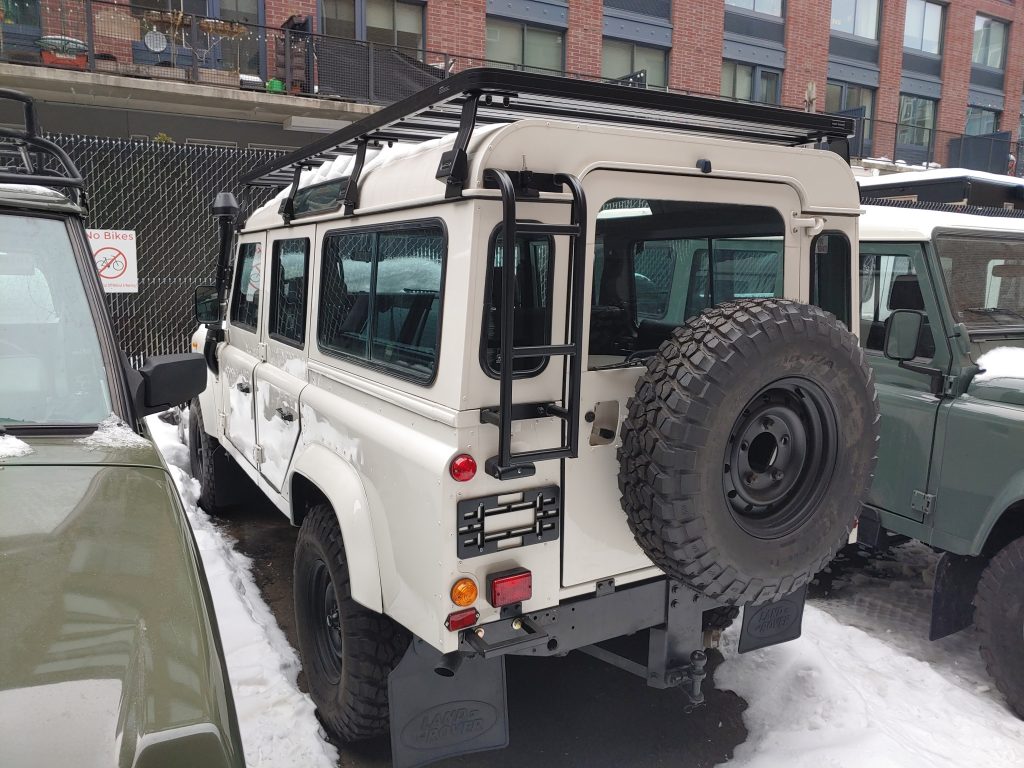 I have since learned that Brooklyn Coachworks was founded in 2017.  According to sources, Brooklyn Coachworks celebrates the character of classic Land Rovers but focuses on their potential for adventure. Creative director Daniel Marcello first discovered his passion for Land Rover models while growing up in upstate New York.

Years later, he became a Land Rover specialist by learning the car’s inner workings and customizing his own Defender. With over 20 years of experience in restoring, designing, and building Land Rovers, Brooklyn Coachworks offers enthusiasts a complete solution to customize their ideal Land Rover.

Now, 20 years later, Marcello believes that Brooklyn Coachworks can maintain the simple, clean design of the Land Rover while fitting modern engines and drive trains.  Cummins diesel engine conversions are their specialty, but they also recommend Land Rover and Chevrolet engines for those wanting a gas engine.

Brooklyn Coachworks only use genuine Land Rover paints to finish their retro builds to add an authentic edge. Combine the paintwork with the use of genuine old stock grills, original badges and the final product is a certified throwback to the car that introduced the idea of what a luxury SUV should look like.

The beauty of a shop like Brooklyn Coachworks is that the only limitation is your imagination (and budget!).

One of the more popular classic Land Rovers is the Defender, which ended export to the U.S. after the 1997 model year.  Land Rover was not prepared to add air bags and other safety features required for U.S. consumption, so stopped selling them here.  Land Rover just launched an all-new Defender for 2021, but that is a different beast altogether. 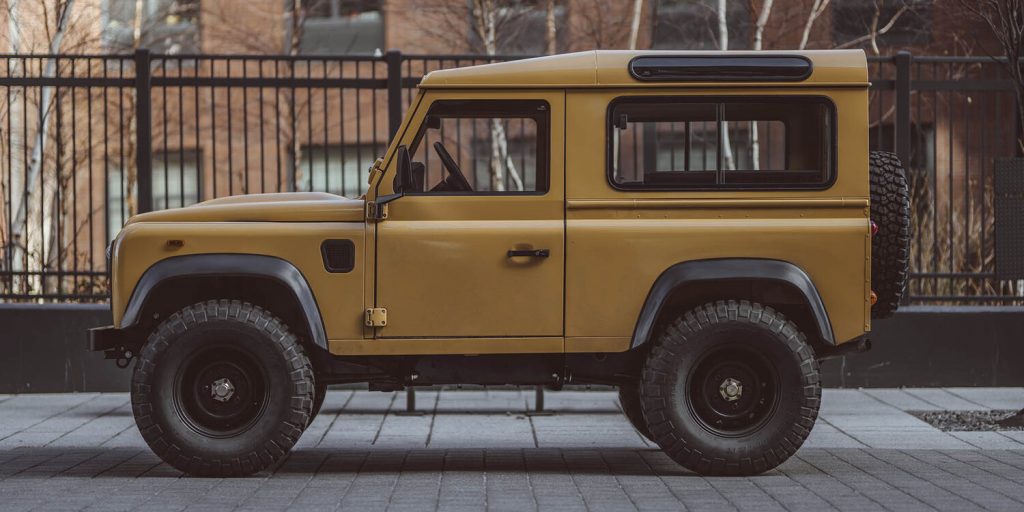 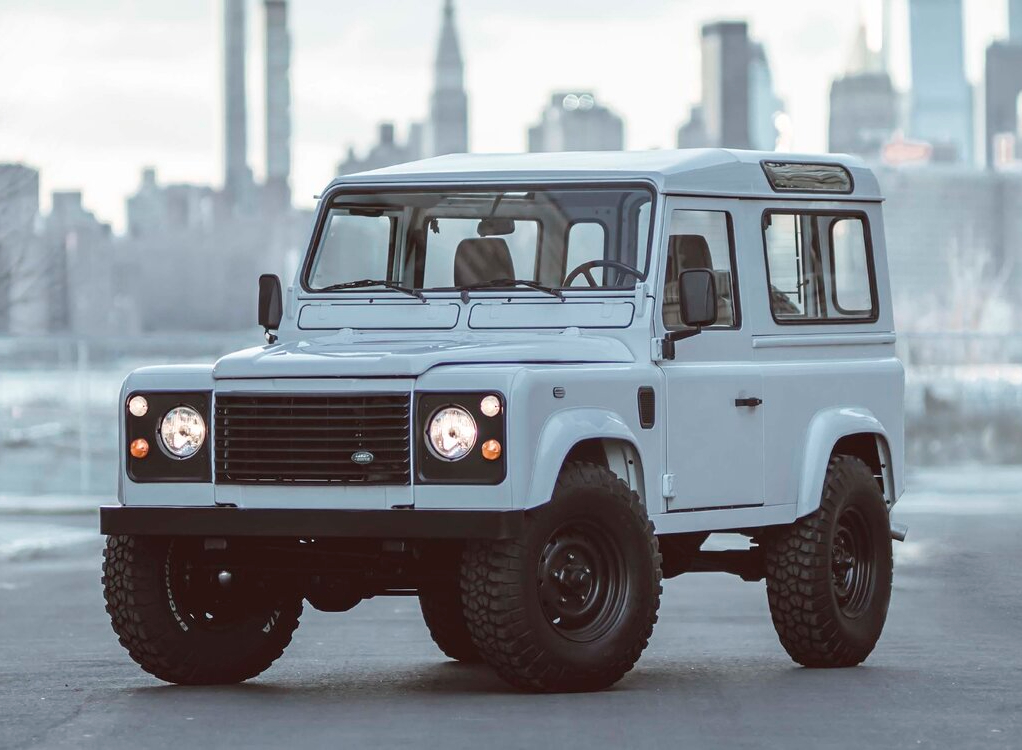 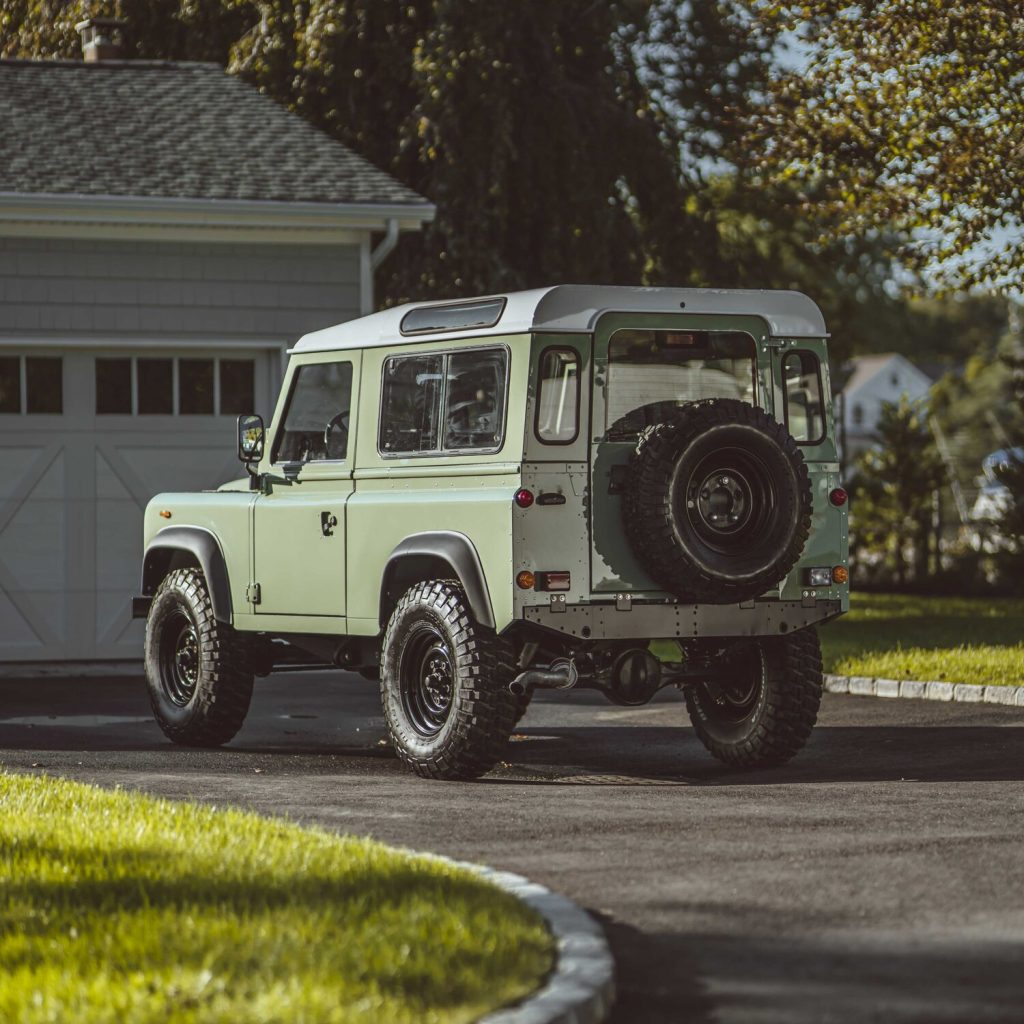 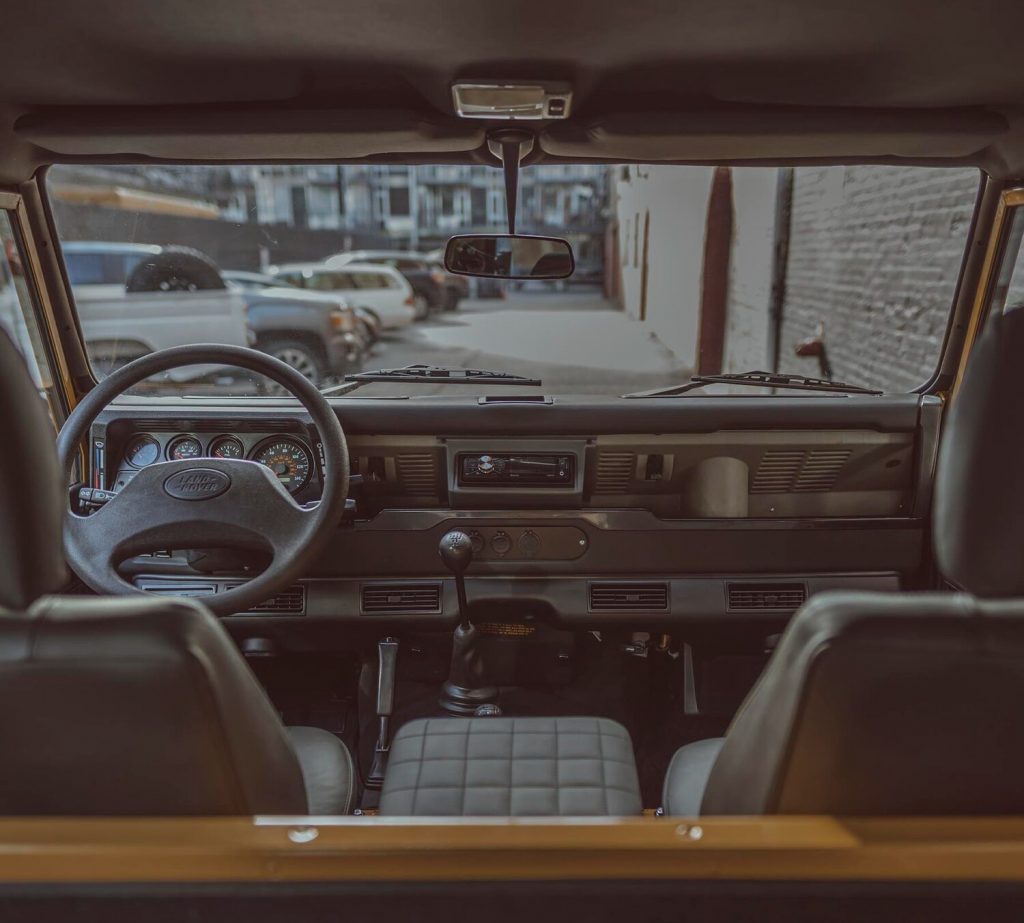 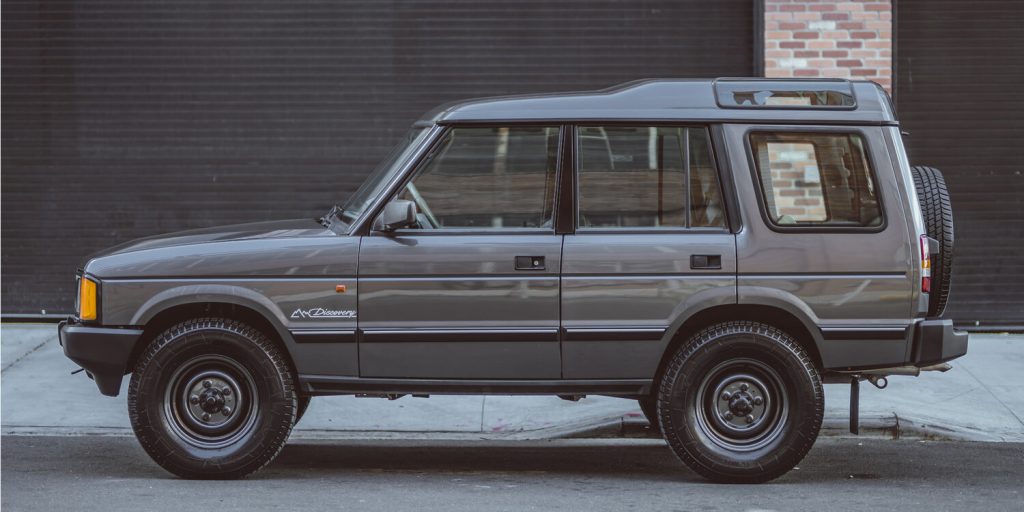 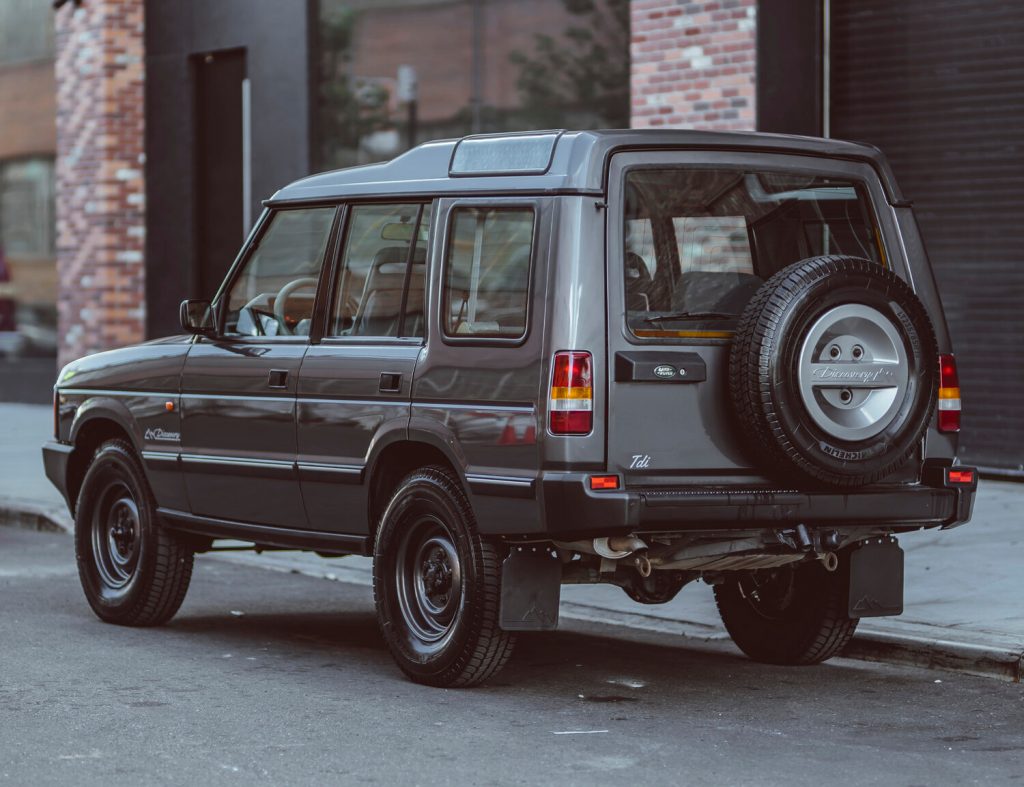 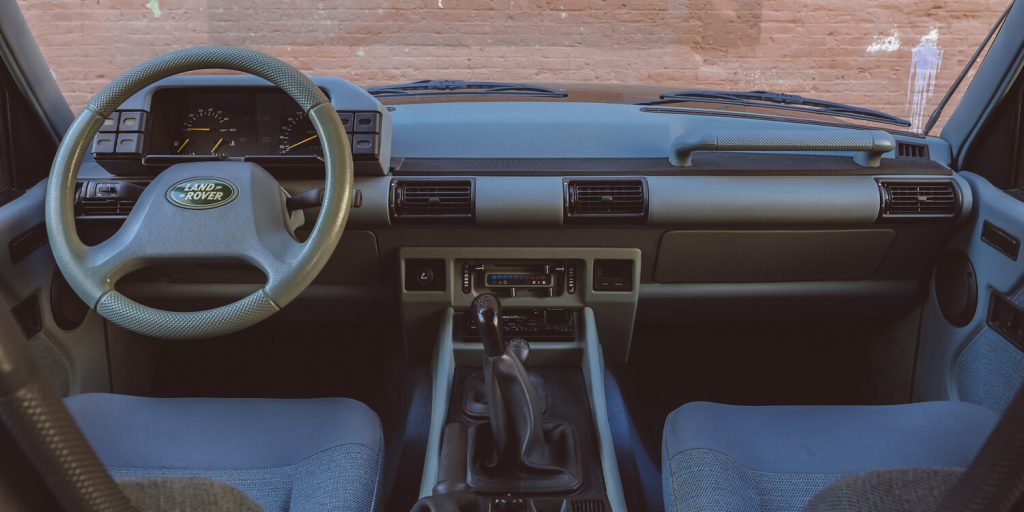 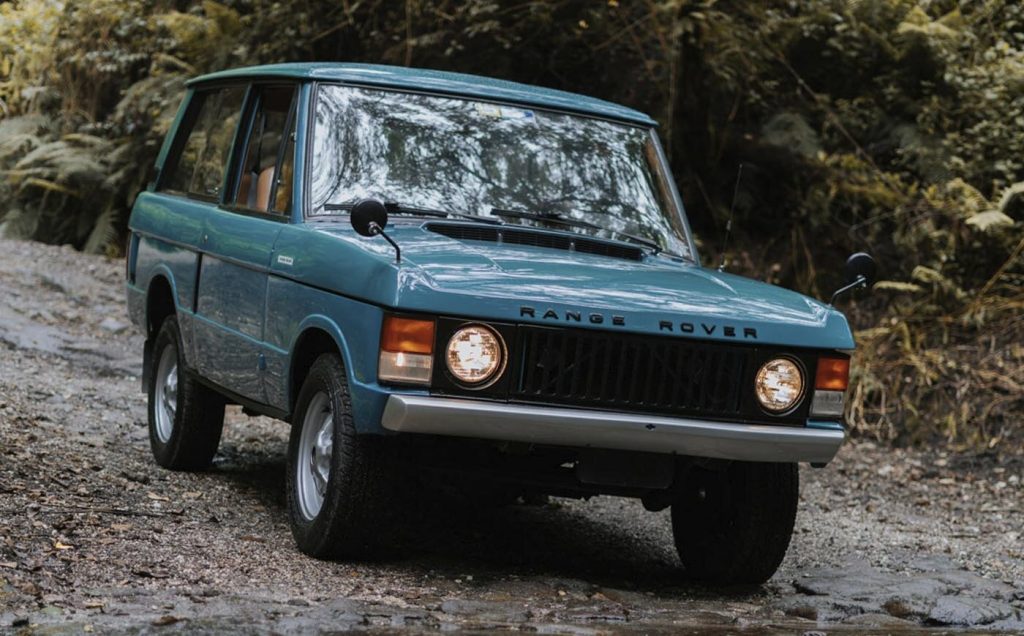 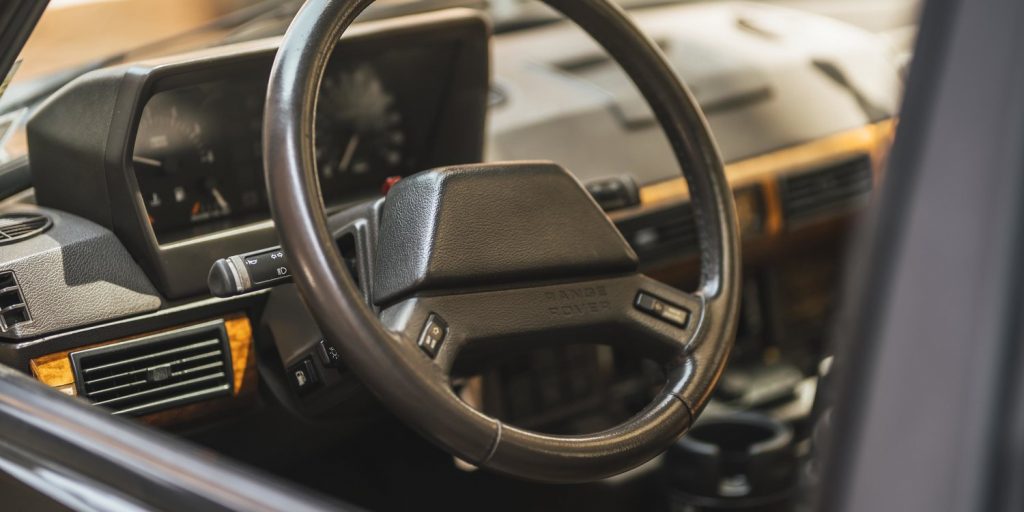 I only showed a few of the many pictures displayed on the Brooklyn Coachworks website.  Warning:  visiting that website may cause you to crave a classic Land Rover!

Visiting Brooklyn Coachworks was an exciting moment for me, and made me long for summer and weekend car shows.  Activities like this are perfectly aligned with the  Vehicle Nanny mission, and certainly helps nurture the automotive interests of budding car enthusiasts.

In addition to sharing stories like this, I am providing ongoing support of automotive programs designed to inspire and educate young car enthusiasts through the sale of items in the Vehicle Nanny Merchandise Store.  All proceeds go directly to the Hagerty Automotive Youth Program, so I hope you can find a fun item for yourself that also supports our budding car enthusiasts.