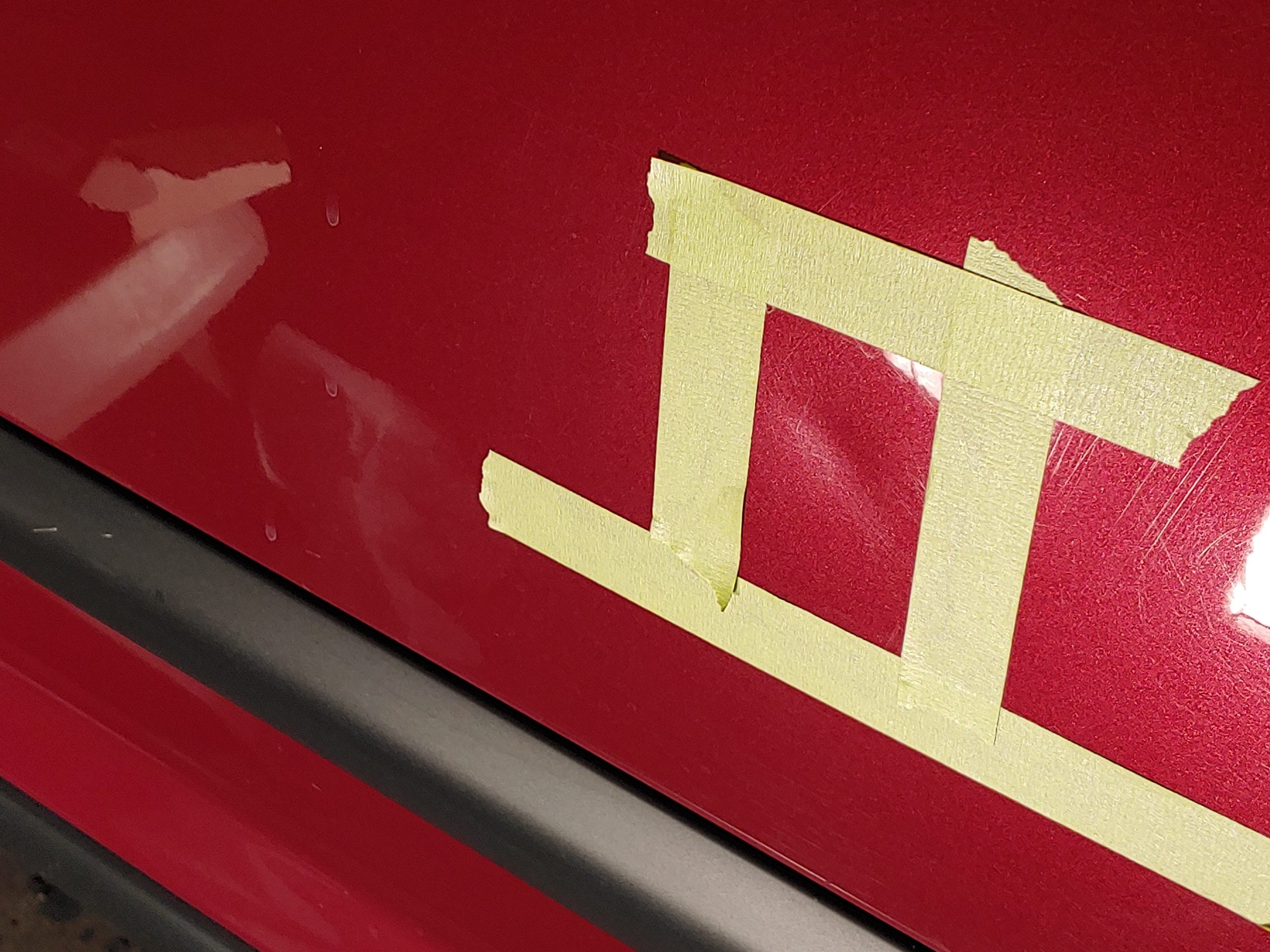 You just came out of the store to find a nice new dent in your door.  What can you do about it?  Take it to the dealer or local bodyshop?  What about those “dent wizards” that travel to dealers with their high priced tools?  Those are good options – if you don’t mind spending $300 at the bodyshop or $75 PER DENT with the dent wizard.

I found an inexpensive third option that you can do yourself for under $20. Think you don’t have the skill to tackle this job?  Think again!  This is my first attempt at peforming a “paintless dent repair” and I am pretty impressed with the result.  Follow along as I show you how. 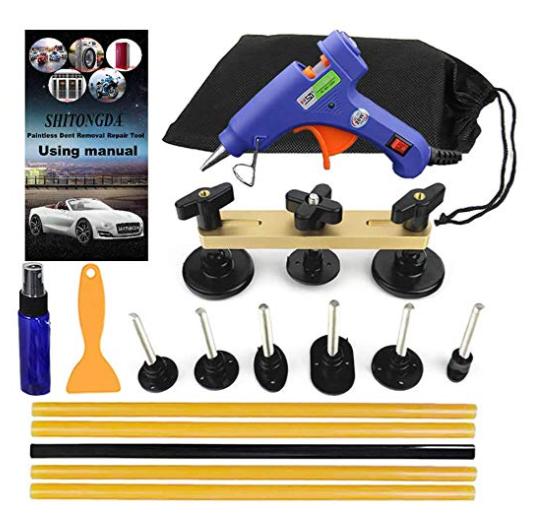 You must first get the right tool for the job, so I looked for a cheap kit that had a variety of puller tips.  I found this SHITONGDA Car Dent Puller Kit on Amazon for $15.99.  It comes with everything you need to pull most dents AND hail damage from your sheetmetal panels. This kit has enough material to pull over 100 dents. 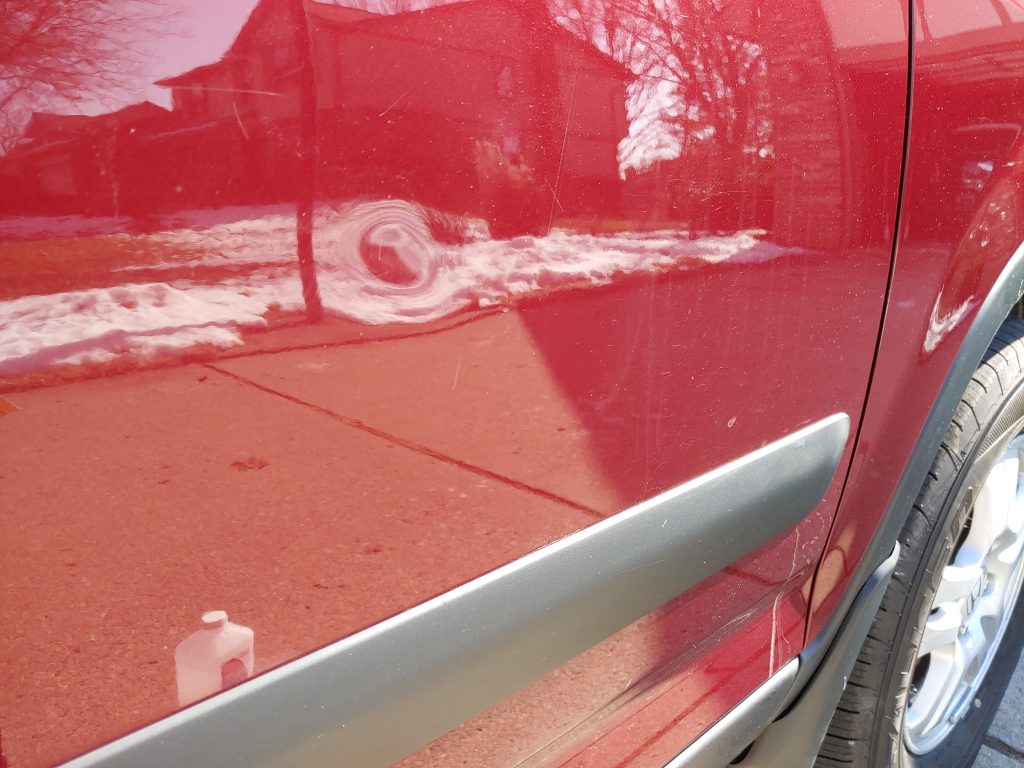 It is hard to get a really good pic of a door dent, but this one was pretty noticeable in real life.  It was right in the middle of the passenger door, and bothered me every time I approached the car (special thanks to my brother for pointing it out for me).  This damage is the perfect guinea pig for this repair process. 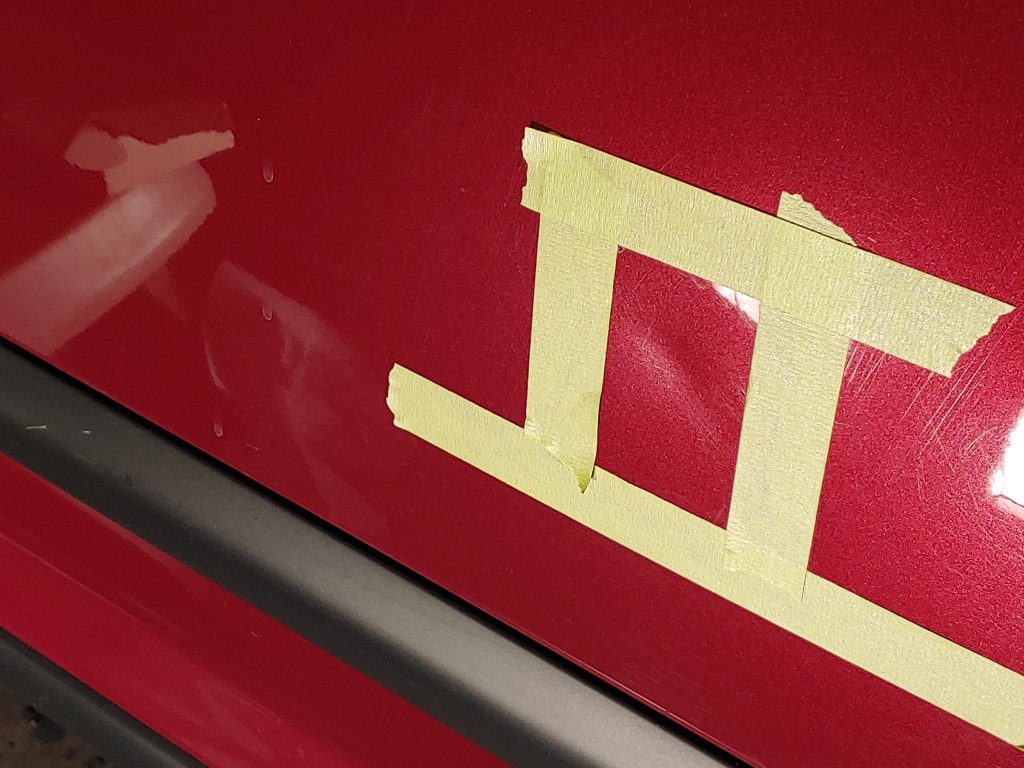 I outlined the dent with masking tape to help make the dent more visible for pictures.  You do not need to do this for the actual repair 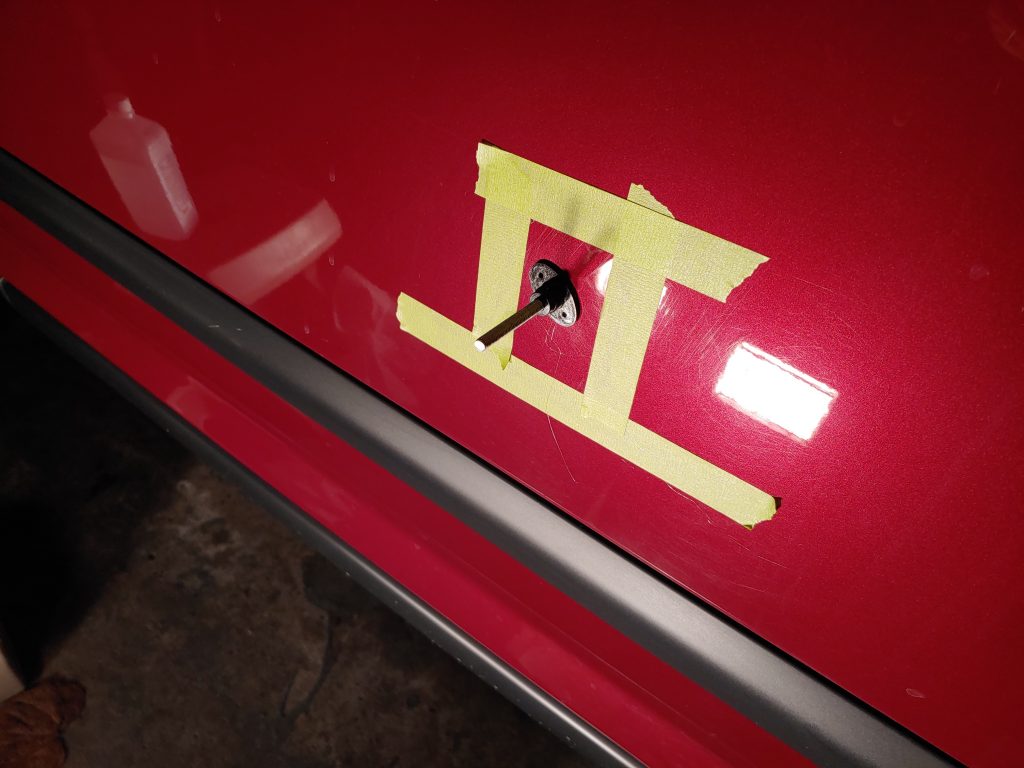 The kit includes many different sized “puller tips” to fit most dents.  I selected one that was close in size and shape to the dent on my door.  I used the included glue gun to glue the tip right on the dent. Be sure the area is clean so the glue can adhere to the dent.  I used rubbing alcohol to clean the area. 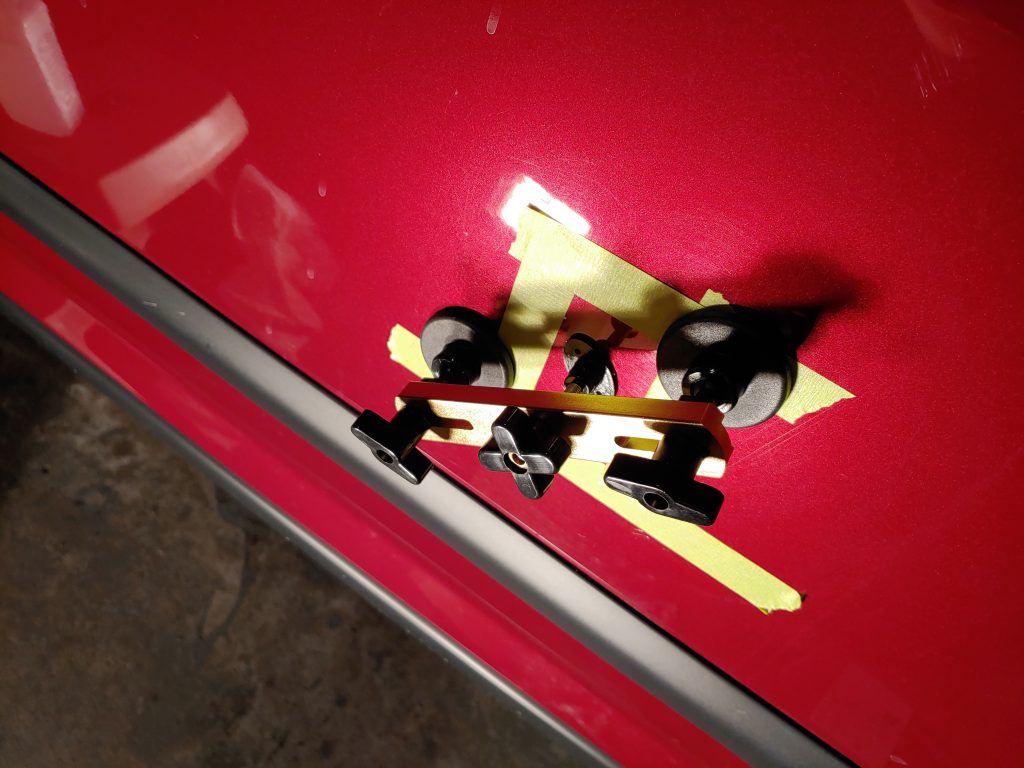 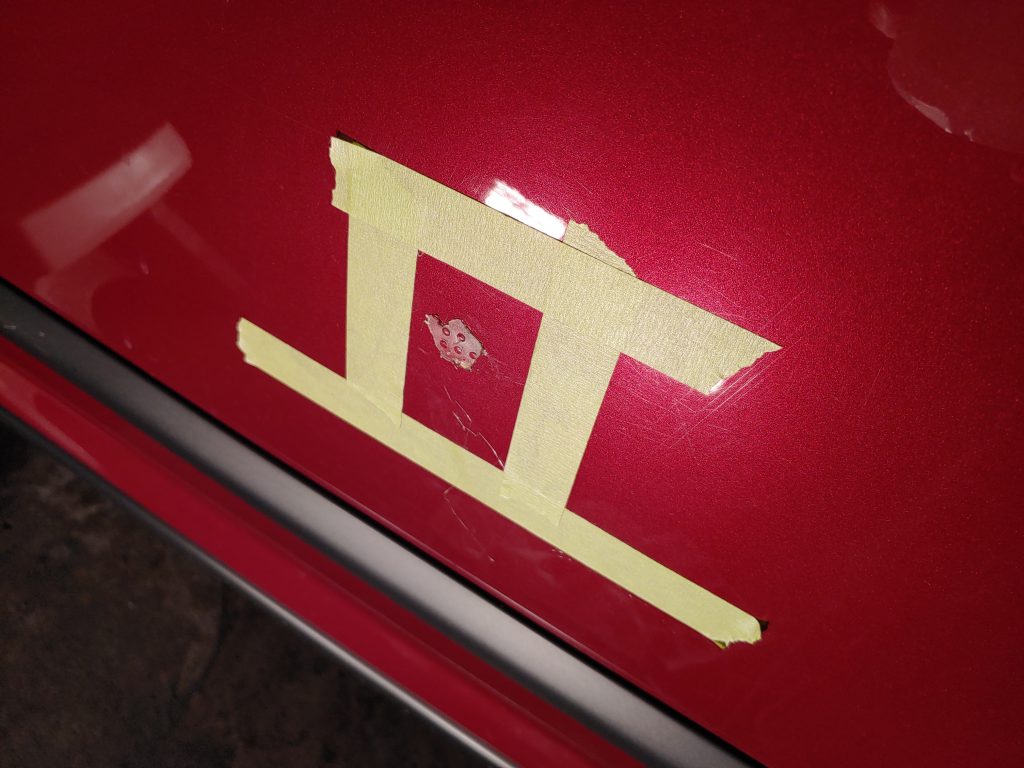 Once you are satisfied that you pulled the dent out, unscrew the center knob and remove the dent pulling tool.  The puller tip will still be on the door.  Give it a quick sideways snap to break it free from the glue.

Now you will have a blob of the glue left on the door.  Take your fingernail (or the included plastic scraper) to gently lift the glue off the door.  Any remaining residue can be removed with rubbing alcohol.  Safety tip:  do not drink the rubbing alcohol! 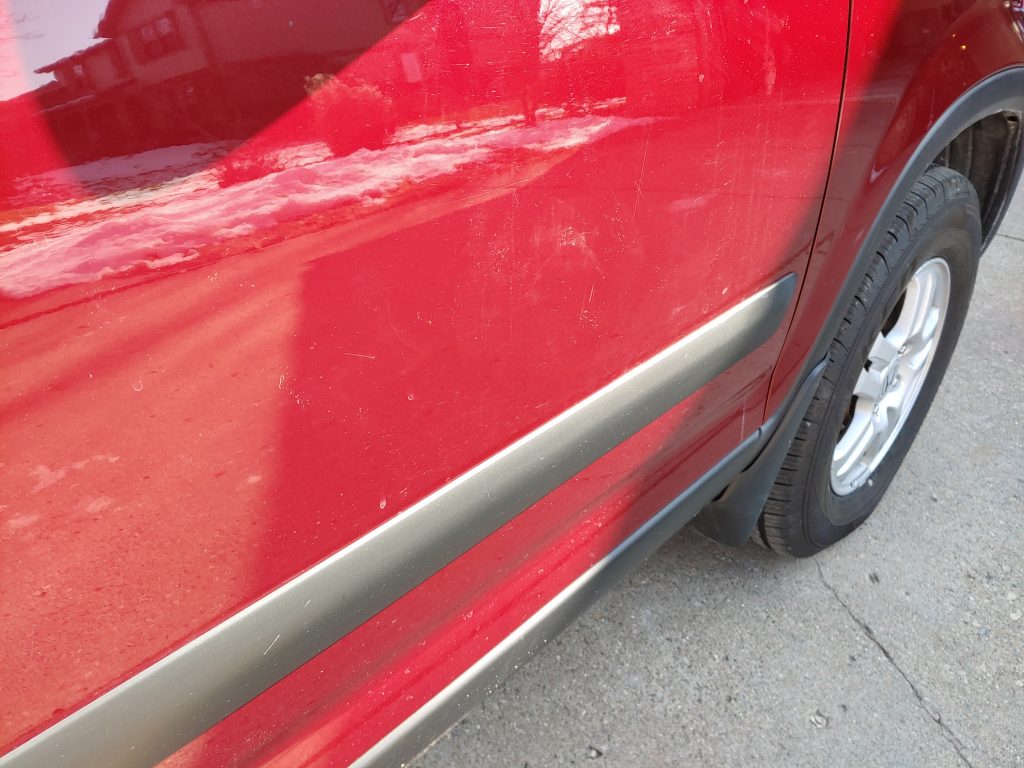 Here is the final result after pulling the dent and cleaning the glue.  There is still a very slight remnant of the dent visible if you look really closely at it.  I might go back and try a smaller tip and repeat the process at some point, but it is 95% improved.

Would I use this dent puller again?  Absolutely!  For dents and dings where the paint is not damaged, this is a great (and low cost) alternative to a dealer/bodyshop or dent wizard type of shop.  You can’t beat the price of this tool and the process took me maybe 15 minutes.

As always, please let me know if you have any questions or suggestions in the comments below.