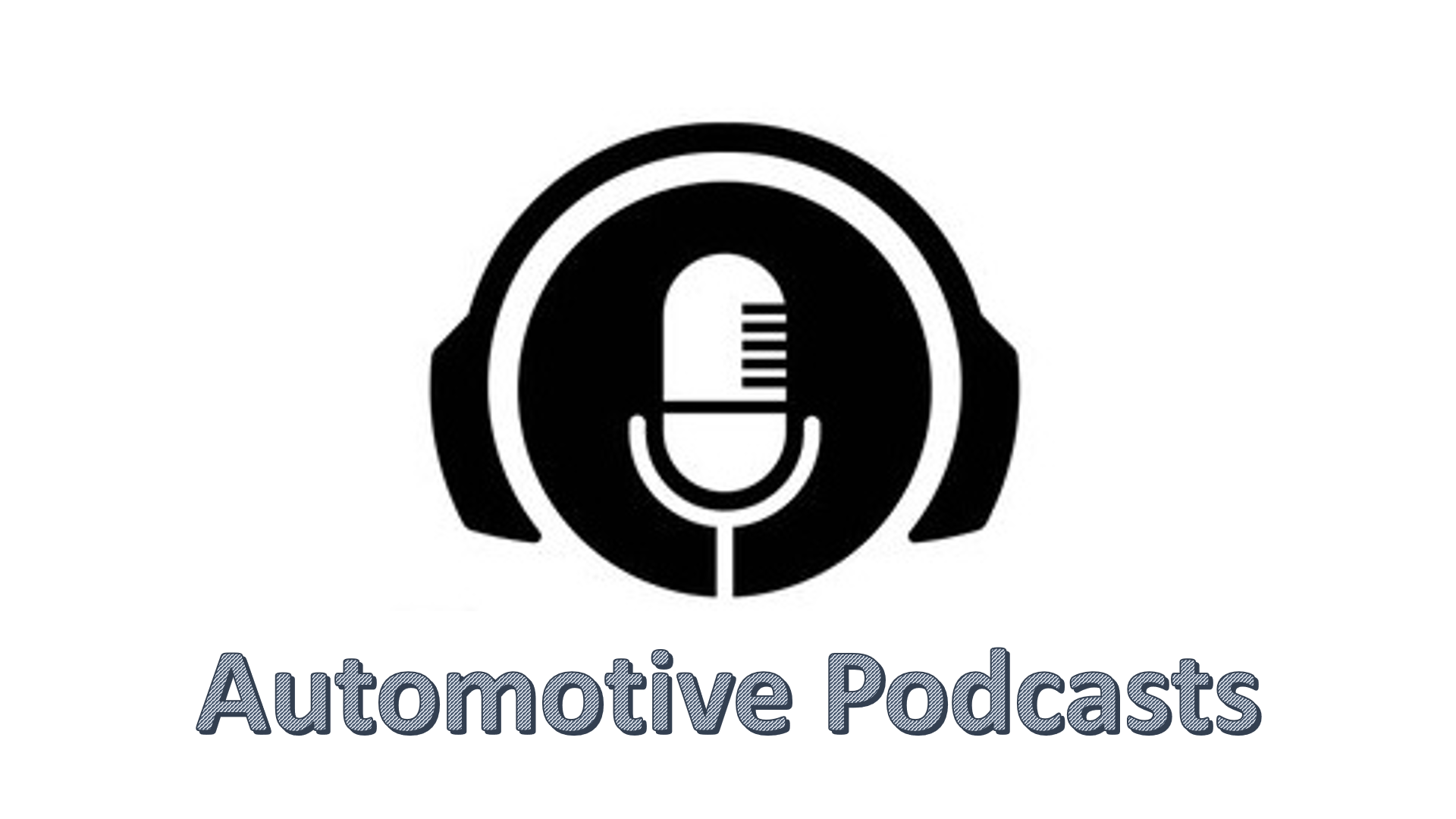 Podcasts provide an entertaining and informative way to keep connected to a favorite subject, whether you are driving in the car or even out on a walk.  Finding a car-related podcast can be tough because the choices are plentiful and not all podcasts are created equal.

I found a number of good ones that I am happy to share with you.  They can all be found wherever you listen to other podcasts (Stitcher, Spotify, Apple Podcasts, etc.) and at the websites linked in the show sections below.

America On The Road (found HERE)

Jack Nerad and his co-host, Chris Teague, cover the latest automotive news, interview the most important people in the auto industry, and help car buyers make great decisions on what to buy and when to buy.

While this may sound like the description of most other shows, they present all of this with a lighthearted style.  Jack lives in southern California, while Chris lives in Maine.  This, along with their apparent age difference, creates a  nice contrast in their opinions.

America On The Road is an easy listening show that is good for someone starting down the automotive podcast path.

It seems I am not the only car guy who noticed the trend toward the more modern classics.  A group of young men from northern California felt it was time to celebrate the cars and trucks from the 1980s and 1990s, and created “RADwood,” which they describe as follows:

RADwood is a celebration of ’80s and ’90s lifestyle, blending period correct dress with automotive awesomeness.

An event for cars, trucks, and bikes from 1980-1999 that captures the essence of a bodacious era.

The guys, Lane Skelton, Warren Madsen, Bryan McQueen and Art Cervantes started a series of RADwood car shows across the country that attract a vast collection of fun, cheap vehicles from the 1980s and 1990s.

This podcast covers the RADwood culture and cars that encompass it.  I sometimes struggle to agree with their take on things, but it is important to embrace this new direction to the hobby.  Regardless, this is a worthy show to catch.

This podcast is an offshoot of a TV show aptly named “Everyday Driver.”  The two hosts from both the TV show and podcast, Todd Deeken and Paul Schmucker, share their love of cars to help listeners find a car that they will love within their budget and needs.  Their passion shines on each episode and their knowledge will blow you away.

While Todd and Paul know and appreciate the exotics and supercars, they are realistic in their recommendations.  They realize most of us live within a budget, so they do their best to provide a lot of fun alternatives within the listener’s range.  As you know, I grew up in an automotive family and spent my whole career in automotive.  These guys are so well versed on just about any vehicle segment, that I feel humbled by them.

Once you start listening to their podcast, you will be hooked!  Especially the one below where they answer my car debate question (my segment starts at 14:10)

It’s interesting how car guys seem to find each other.  In early December 2020, Cory from the Garage Talk team reached out to me through Facebook Messenger after reading an article about a mutual car friend.  We quickly bonded over our mutual love of cars, and that turned into a few guest appearances on their weekly podcast (see links to those below).

Cory started the podcast life with his buddy, Matt.  Since then, Matt branched off to start something new and Cory left his day job to do the podcast and car review videos full time.

I highly encourage you to check out their podcast and YouTube videos.

As mentioned earlier, Cory invited me to be part of several podcast episdoes, which I’ve conveniently linked below:

Episode 44:  Vehicles Have Nannies Too!

Many of you know Consumer Reports.  By their own admission, Consumer Reports works to create a fair and just marketplace for all. As a mission-driven, independent, nonprofit member organization, CR empowers and informs consumers, incentivizes corporations to act responsibly, and helps policymakers prioritize the rights and interests of consumers in order to shape a truly consumer-driven marketplace.

Consumer Reports conducts testing and reviews of many products–including cars.  The Talking Cars podcast gathers their automotive experts on each episode to discuss cars, answer buying questions from listeners and share their insights on just about everything automotive.

I enjoy learning about the new vehicles that are in the market.  The Consumer Reports team does a thorough and mostly objective job of evaluating their test vehicles (which they buy on their own, thus eliminating testing any specially-prepared vehicles from the OEMs).  This is one of only a few automotive podcasts that I listen to on a regular basis.

Check out Talking Cars wherever you listen to podcasts and on their YouTube channel.

As I uncover more podcasts worthy of sharing, I will add them here.  If you have a favorite that I missed, please let me know in the comments section below.