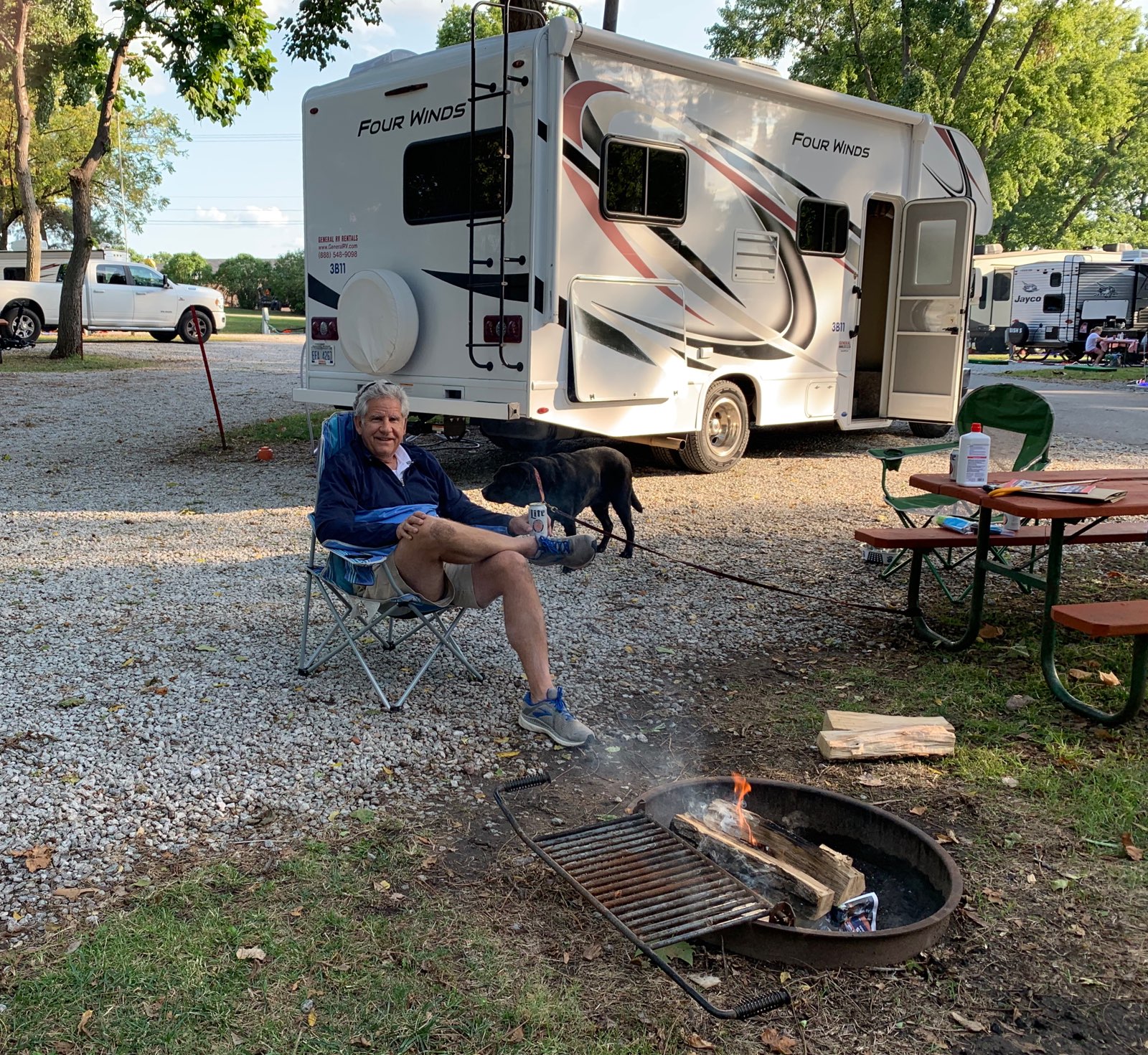 We continue the saga of our two first time RVers as they experience life on the road in their rented RV.  They are getting adjusted to the RV and getting into the swing of things.  The story picks up where we left off in Part 1 (click HERE if you have not yet read Part 1).  Unless noted otherwise, the story comes directly from Guy:

My dear wife prefers listening to regular radio (good for my livelihood) rather than Spotify playlists.  This is how we discovered the first real design flaw.   The upper bed compartment hangs over the front hood.  So the radio antenna is covered by the over-hang.  Reception is only slightly better than my Aunt Nell’s 1938 Philco.  It was so bad, Gale relented and we plugged in my phone.

Tips for the day:

While Michigan’s Governor got elected chanting “Fix the Damn Roads,” I believe that could be the mantra for any Midwestern Governor.  Indiana, Illinois, and Iowa were no better in parts on I-80 than Detroit’s Southfield/Beirut Expressway.   They didn’t smooth out and allow us to pick up speed until just before Omaha.

The windmill farms are fascinating.  We passed through a section where they were in the vista ahead.   It felt like we were running a gauntlet of Cuisinarts.  We also saw sections of Iowa where entire corn crops were laid flat by the heavy straight line winds that crashed through several days ago.  Sad. 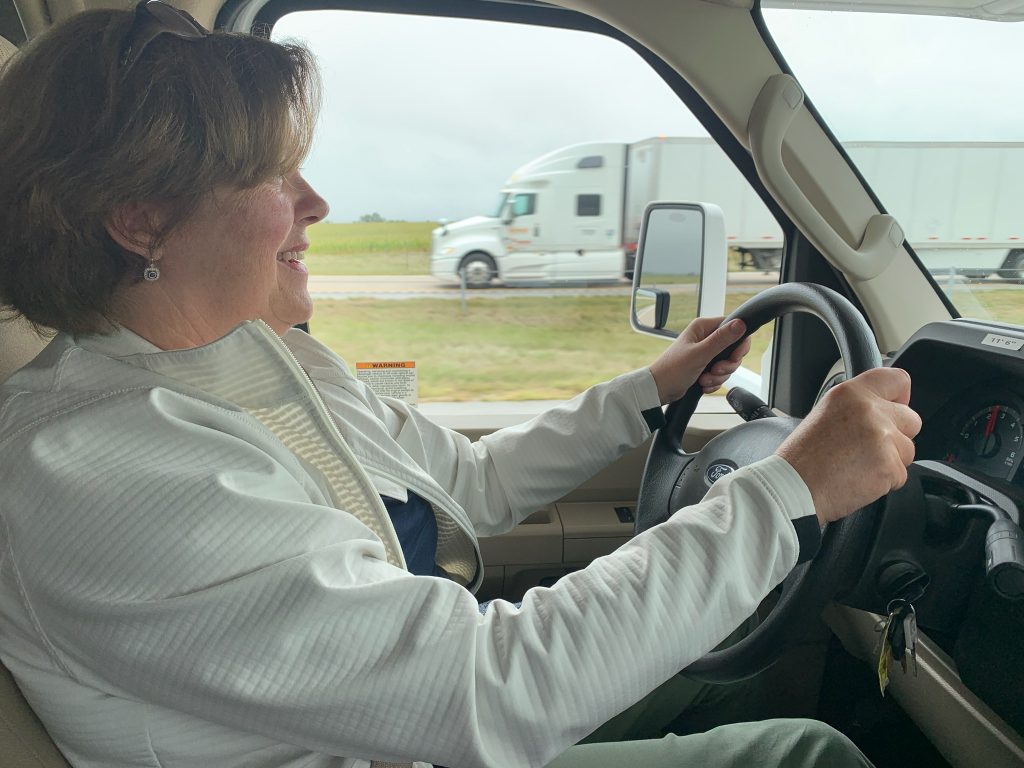 Gale took the wheel to give me a 2-hour rest spell.  She too was pleased and surprised at the ease of adjustment to driving an RV.  It does require a lot more steering input than your daily driver, but it wasn’t as physically demanding as we thought.  It is mentally demanding as you really need to watch as you are passing Semi-trucks.   There’s a definite draft pulling you nearer as you pass and releasing as your nose edges in front of theirs.  Again, obsessing over the mirrors is a good thing.   Two numbers to obsess over as well.  Our rig is 11’ 6” tall and 22’ long.   The truckers will give you a flash to help, but others won’t. 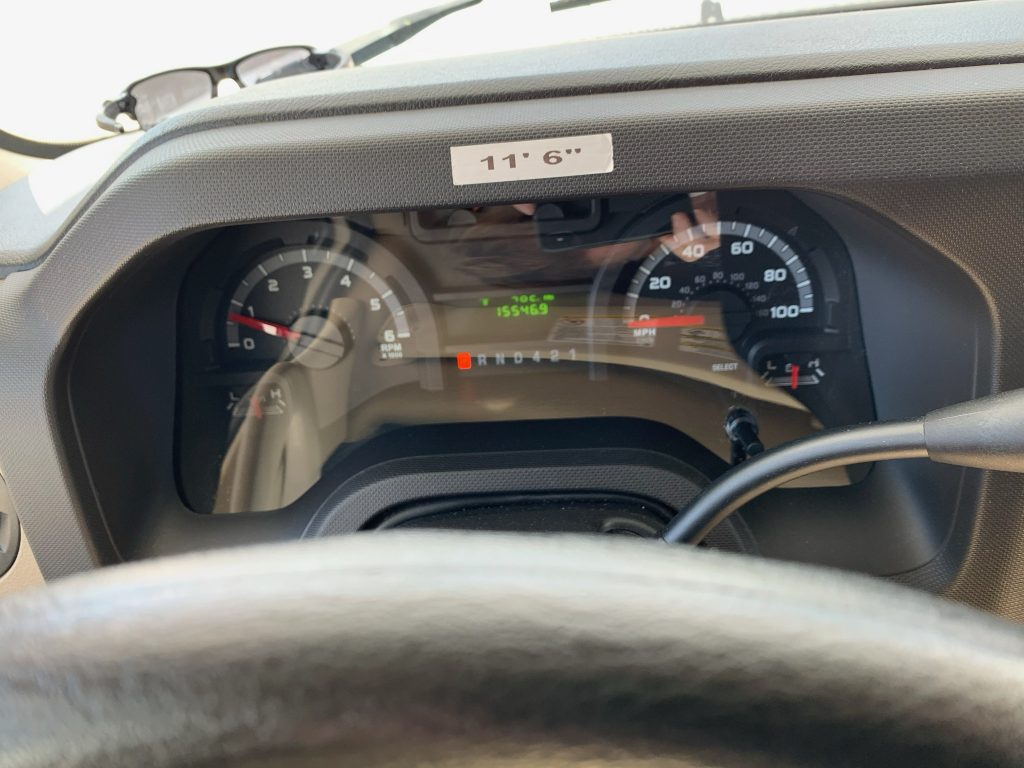 Tonight, we are pushing to make our campsite before nightfall.  Backing into a campsite with no light for our backup camera was no fun in Michigan.   We made it with plenty of time to spare.  The Camp-A-Way site in Lincoln, NE is nestled between two highways, making the road noise a bit of a harsh lullaby when we turned in after a hamburger dinner too long delayed by damp firewood purchased at the camp store.  Night-night. 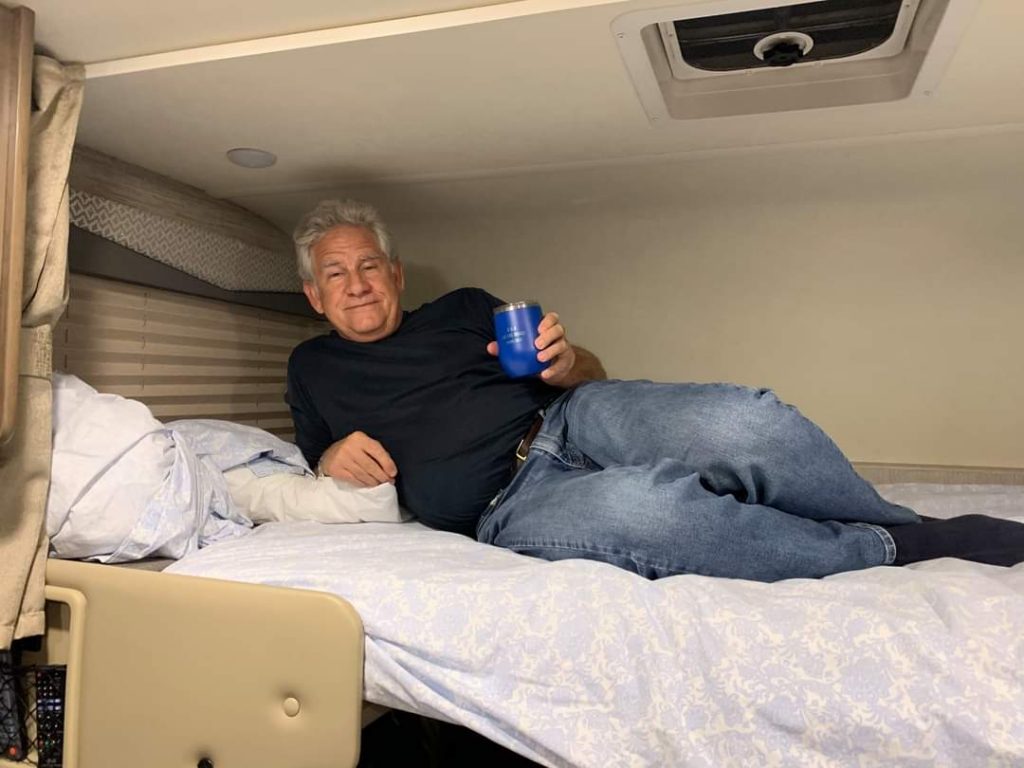 One final thought as we were turning in… the back bed of the Four Winds 22E is equipped with a more traditional mattress and quite comfortable.  The bed over the driver’s and passenger’s front seat is a very firm customer.   If we get ahead of schedule we may hit Wal-Mart for a foam pad… or maybe I just use Addie’s. 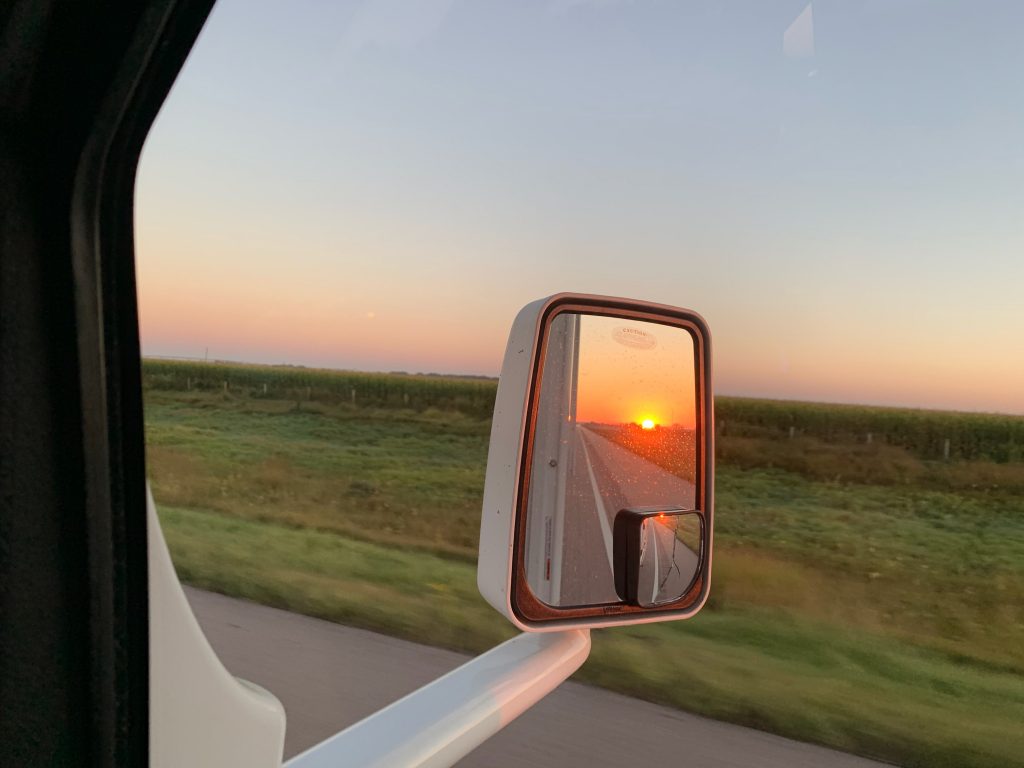 We were up before the sun to high tail it to our next campsite near 10,00 feet at Leadville, CO.

We’ll leave you with the sunrise we caught in our rearview mirror as we were heading well west of Lincoln.

Notes from the Vehicle Nanny:

Read the next installment in First Time RVing (Part 3):  Waste Not, Want Not