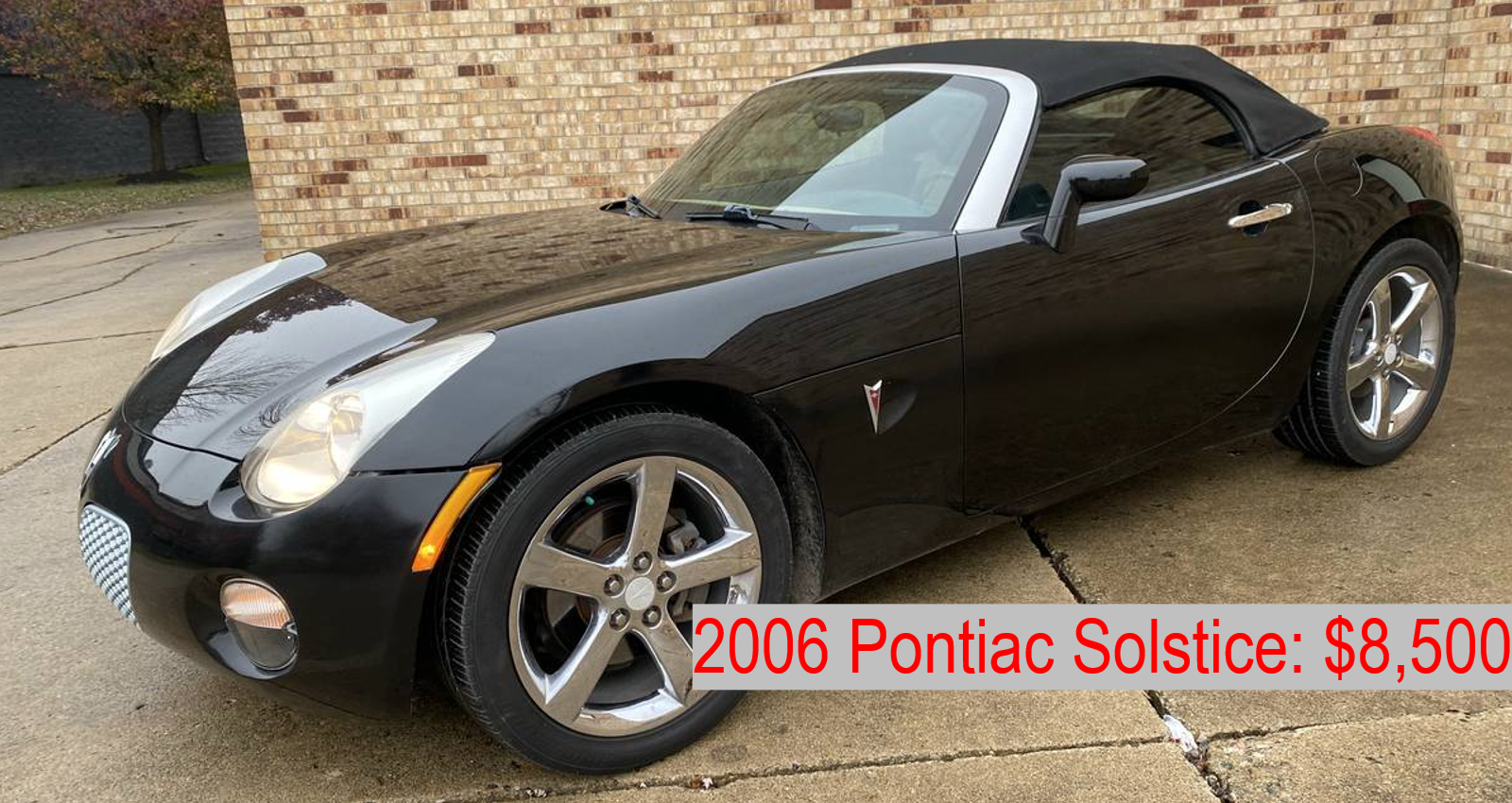 Each Thursday I am going to share a fun/quirky vehicle found on either Facebook Marketplace or Craigslist.  Most of these cars will be within 75 miles of my home in metro Detroit, whereas others will come from one of my scouts (see “I Need Scouts” below).

In order for me to prove that fun cars can be affordable, all cars will be under $12,000.

I found a 2006 Pontiac Solstice for this week’s highlight vehicle on Craigslist. As of this writing, the car is still for sale and the listing can be found HERE.  The asking price is $8,500.

The Pontiac Solstice (and its twin, the Saturn SKY) was produced by General Motors during the 2006-2010 model years.  It was inspired by a 2002 Solstice concept car, which was displayed at the North American International Auto Show in Detroit to great excitement.

The Solstice uses the GM Kappa Platform, which also underpins the Saturn SKY, Opel GT, and Daewoo G2X.  It was Pontiac’s first two-seater since the Pontiac Fiero was discontinued in 1988.

Sharing Parts with Other Cars

The Solstice was a “parts bin car” that shared the following components with other GM vehicles:

Aside from the shared parts, the body panels were formed using a hydroform process.  Hydroforming uses water-filled bladders to created the shape of the panels under high pressure.  This process allowed GM to bring the vehicle to market faster as they did not need to create traditional steel stamping dies.  Those steel dies took more time and expense to execute versus the hydroform process.

Sadly, both the Solstice and SKY were discontinued when Pontiac and Saturn were wound down after the GM bankruptcy of 2009.  Only 20 Solstices were produced in the 2010 model year. 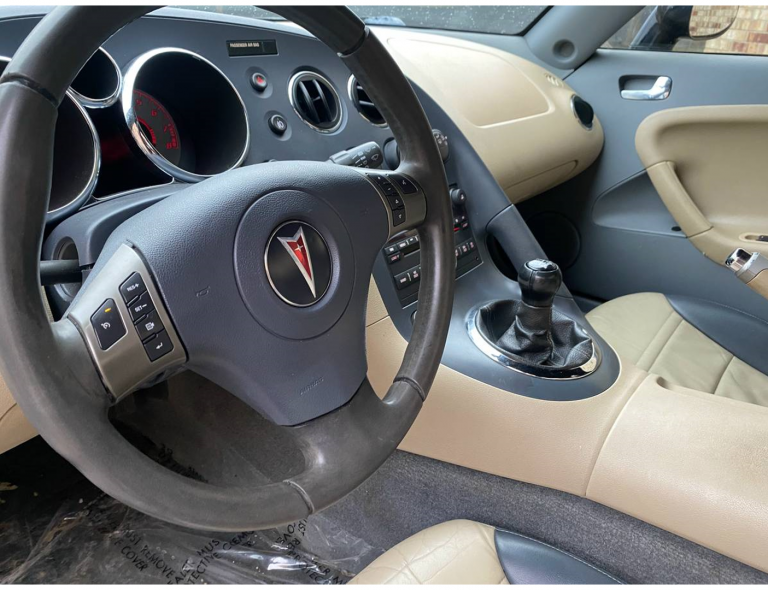 I had a 2007 Saturn SKY for three months as a company car.  I was impressed with the ride, handling and overall stiffness of the car, although the interior headroom was tight–my 6′ 4″ frame had to duck down in order to see the stop lights.  That was a small price to pay for such a fun car.

While many people preferred the styling of the SKY over the Solstice, I think the smooth lines and rounded shape of the front end gave it a Jaguar-like appearance.

Resale of the Solstice seems to be less than the SKY, but since they are mechanically identical cars I think the Solstice is a better buy. 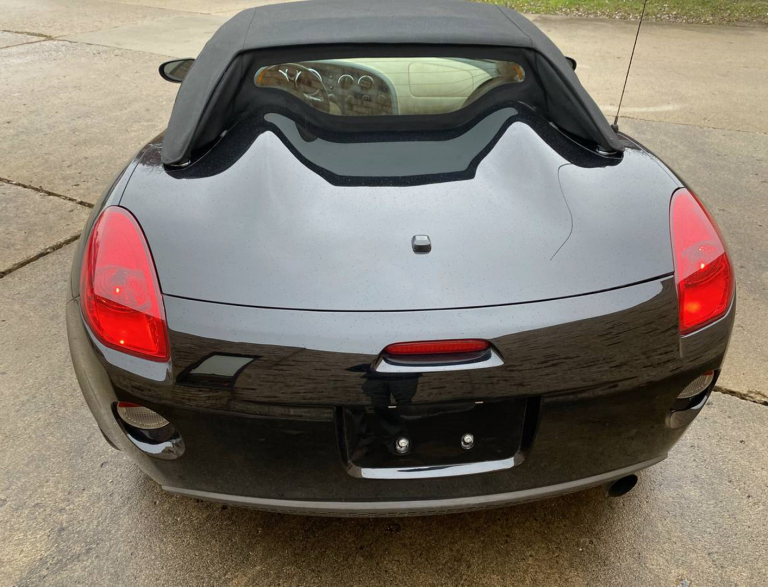 Let’s make this a participation sport!  If you live in any market other than metro Detroit and would like to be my “eyes and ears,” let me know.  It would be fun to see what some of you can find in places like Georgia, Tennessee, Texas and others.

If you want to be a Vehicle Nanny Scout, message me through the social links at the top of this page or by email at wct.billtaylor@gmail.com.

Send me a link to a fun car for sale, with a reason why you picked that car.  I will then include it in the weekly article published on Thursdays.