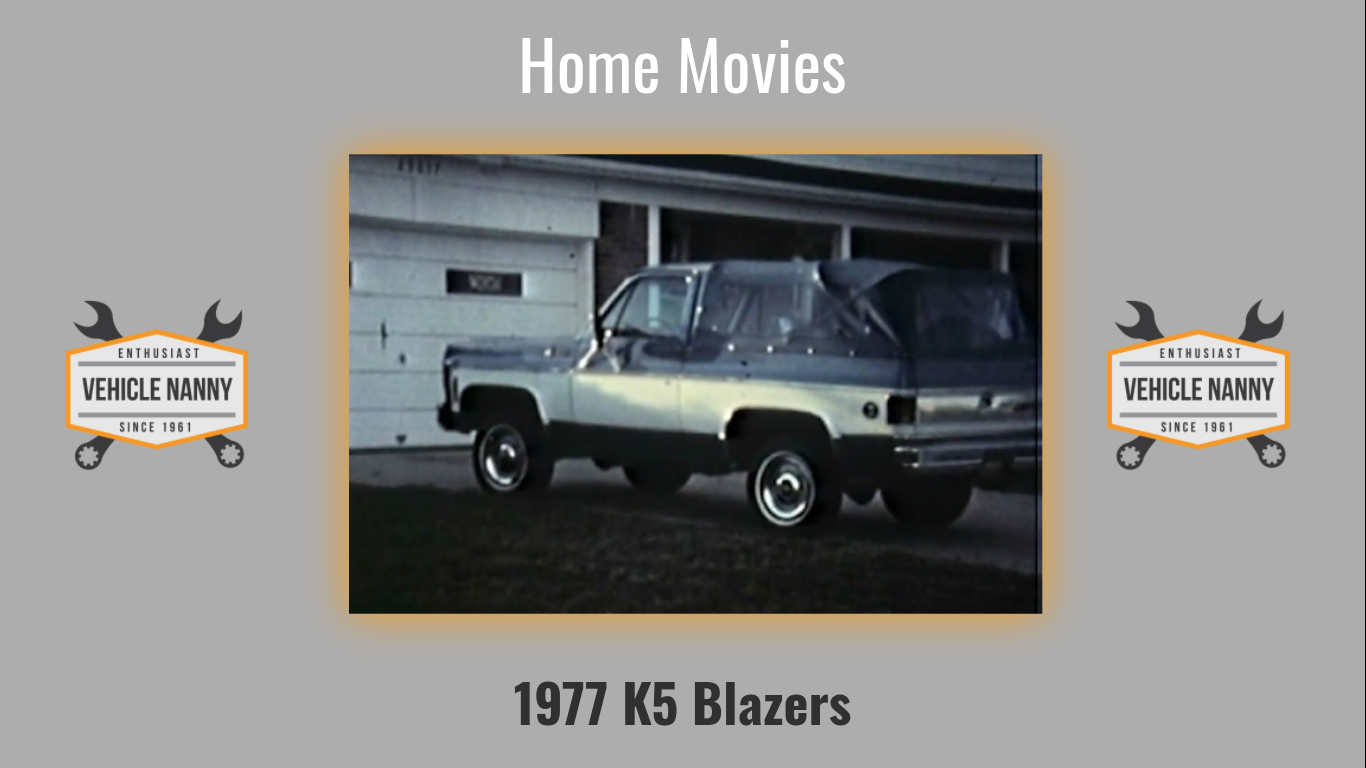 In the article Home Movies:  1977-1978 Chevrolet Camaros, I shared the story behind my collection of Super8 home movies from 1976-1977.  I filmed a large number of Chevrolet Engineering vehicles during that time.  Luckily, I remember most of the details behind the vehicles I filmed!

In the video below, I put together the film of four (4) different Chevrolet Engineering Blazers from 1977.  It is a very short video, so my commentary was limited.  Here is more detail about the Blazers shown in the video:

The first Blazer shown looks to be a very basic yellow one with a manual transmission.  That by itself is cool and unique, however, this one had some hidden treasures.

The K28 nickname was a play off the new Z28 Camaro, which was a real handling machine!  Chevrolet Engineering wanted to see if they could create a sportier version of the Blazer so they added a rear stabilizer bar, wider tires and installed a 427 V8.

This was a crazy fast and great handling truck.  Sadly, Chevrolet did not approve it for production.

The next two vehicles were equipped with the factory-installed soft-top in place of the fiberglass roof.  The soft-top unsnapped and folded down to make for a fun convertible.  The normal fiberglass roof also removes, but you must remove sixteen bolts and find two friends to help lift it off.

I believe 1977 was the first year that Chevrolet built the Blazer in black.  This one also had the first ever white wagon wheels.

I hope you enjoy the show!

In addition to sharing videos and stories like this, I am providing ongoing support of automotive programs designed to inspire and educate young car enthusiasts through the sale of items in the Vehicle Nanny Merchandise Store.  All proceeds go directly to the Hagerty Automotive Youth Program, so I hope you can find a fun item for yourself that also supports our budding car enthusiasts.