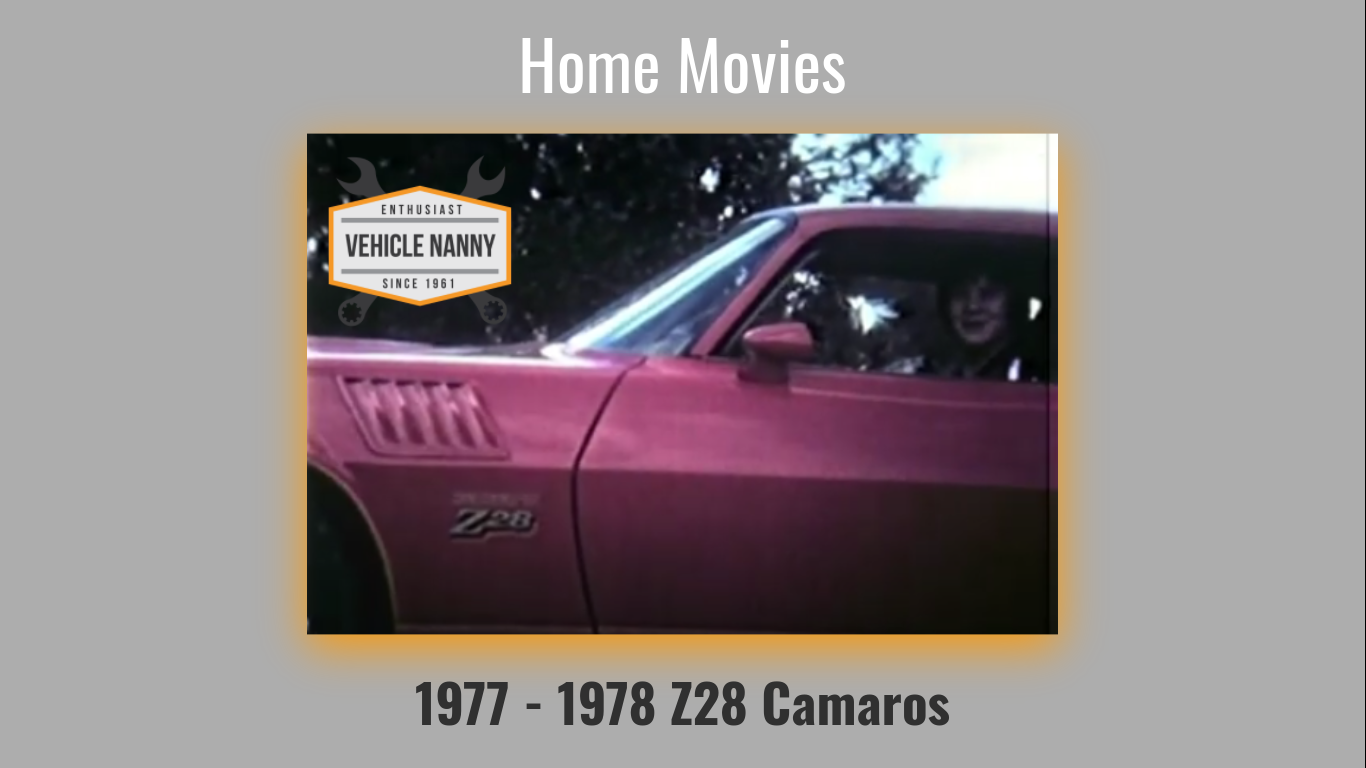 When I was 15-16 years old (1976-1977), my older brother gave me his Super 8 movie camera. I’m not sure what he used it for (he is 10 years older than me), but I used it to film vehicles my Dad brought home from work.  Dad was an engineer at the GM Proving Ground, so I was exposed to some interesting engineering vehicles at an early age.

Super 8 film allowed you to record about 3 minutes of action on a 50 foot reel of film.  Just like picture film, once you used the roll you took it to the local drug store to get the film developed.

Unlike cell phone cameras, there was no chance to preview the film before it got developed. Whatever you shot is what you got! No do-overs. There was also no sound and a very inaccurate viewfinder, so the quality of the productions was on the raw side.

Over this past winter, I found my movie projector and a box of films I made .  A local business helped me convert the films to digital, which allowed me to preserve them and create fun, new videos!

Chevrolet brought the Z28 back to market late in the 1977 model year after a three year hiatus.  That was also the year that I turned 16 and got my driver’s license.  I think you can see where this is going – a 16 year old plus a performance Camaro was a dangerous combo! The video below will give you a glimpse into the mind of a 16 year old car nut.

In addition to sharing videos and stories like this, I am providing ongoing support of automotive programs designed to inspire and educate young car enthusiasts through the sale of items in the Vehicle Nanny Merchandise Store.  All proceeds go directly to the Hagerty Automotive Youth Program, so I hope you can find a fun item for yourself that also supports our budding car enthusiasts.