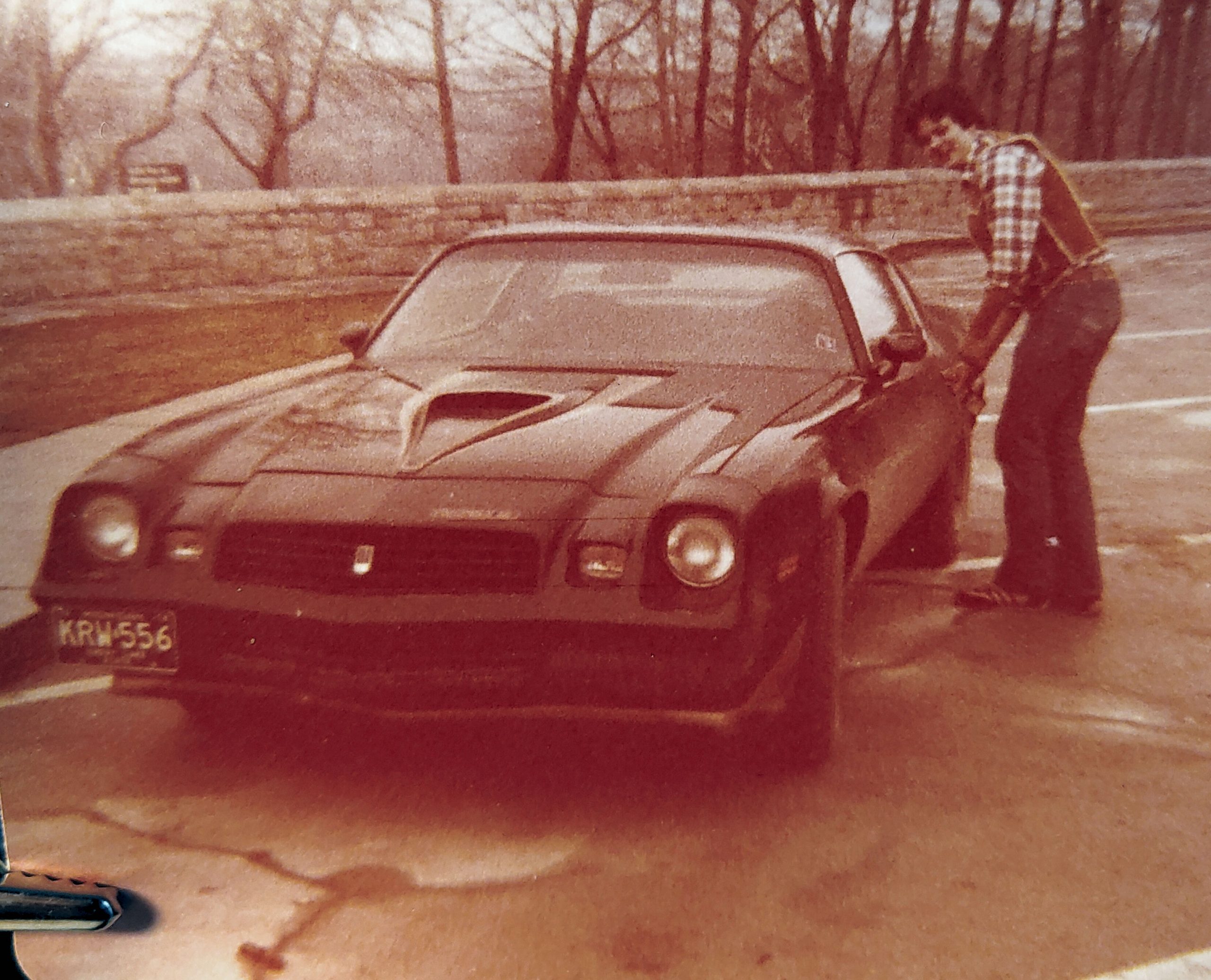 A true car enthusiast has that one car that steals their heart or gets under their skin.  For some, they still own that car and vow to never get rid of it.  For others, that car slipped away never to be seen again. 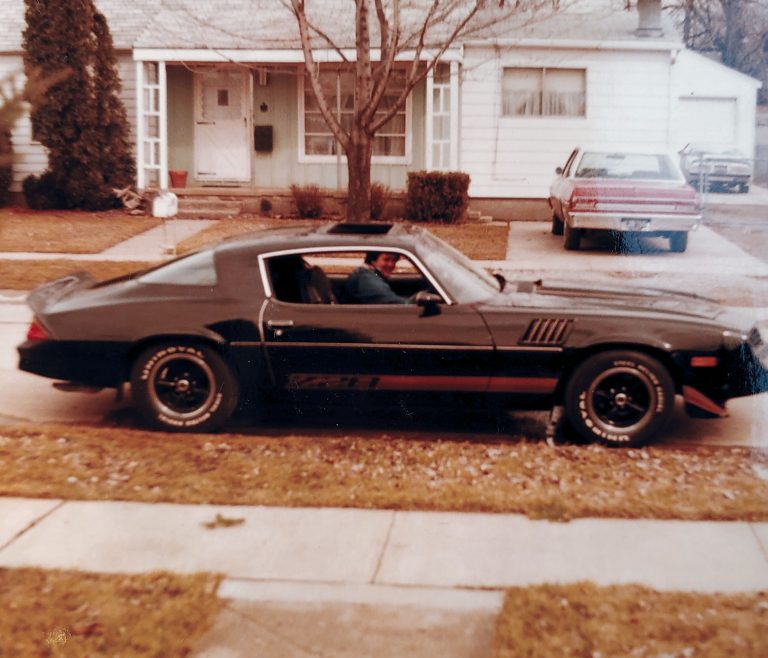 In 1979, I became the part owner of a 1979 Chevrolet Camaro Z28–the one pictured throughout this article.  It was a glorious time for me (I was 18 years old at the time), as I was a well established car nut and the Z28 had just returned in 1977 after a three year hiatus.  By the late 1970s, very few new cars possessed any real performance characteristics.  It was pretty much the Z28, Corvette, Pontiac Trans Am and Ford Mustang.  To me, Z28 was king.

I saved $2,000 working at a Burger King and my Mom was in the market for a new car.  She wanted to buy a Chevrolet Chevette, but I convinced her that the Z28 was a better buy.  When she balked because of the price difference between a Chevette and a Z28, I offered my life savings.  That did the trick! 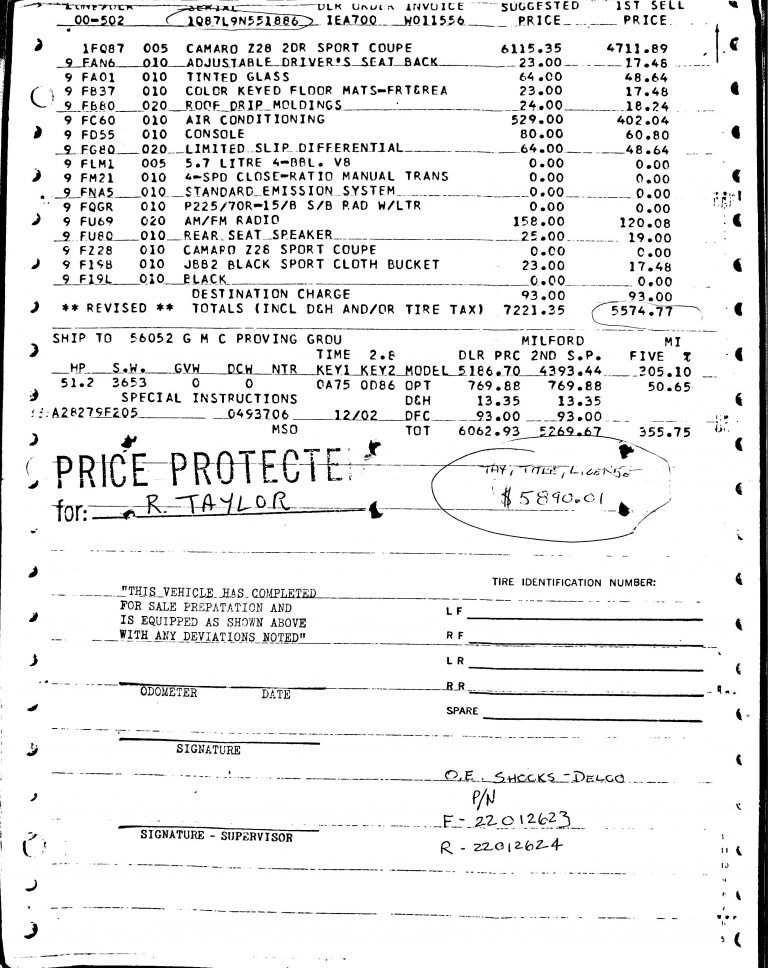 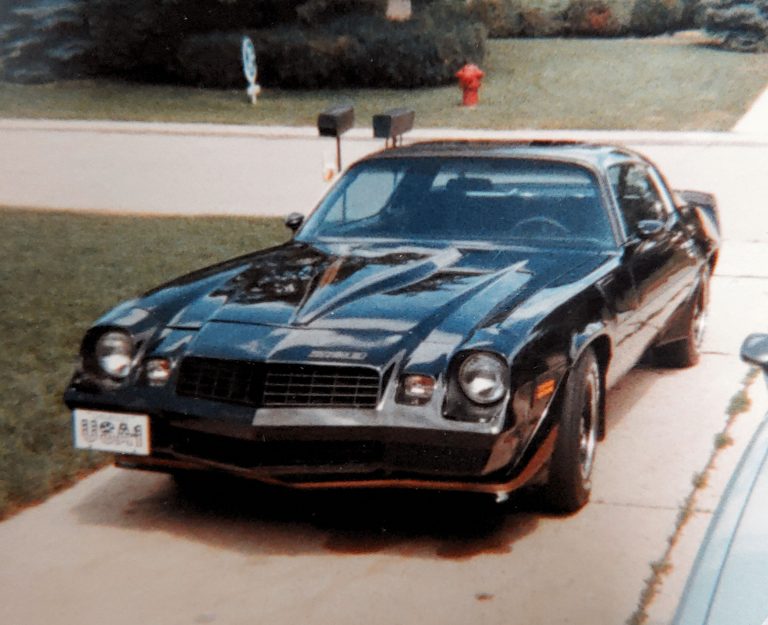 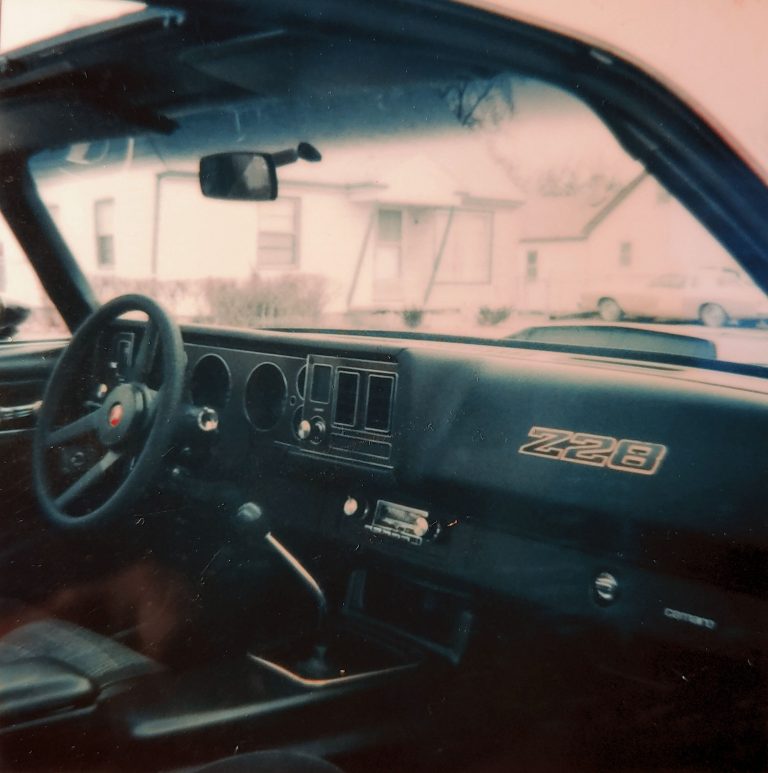 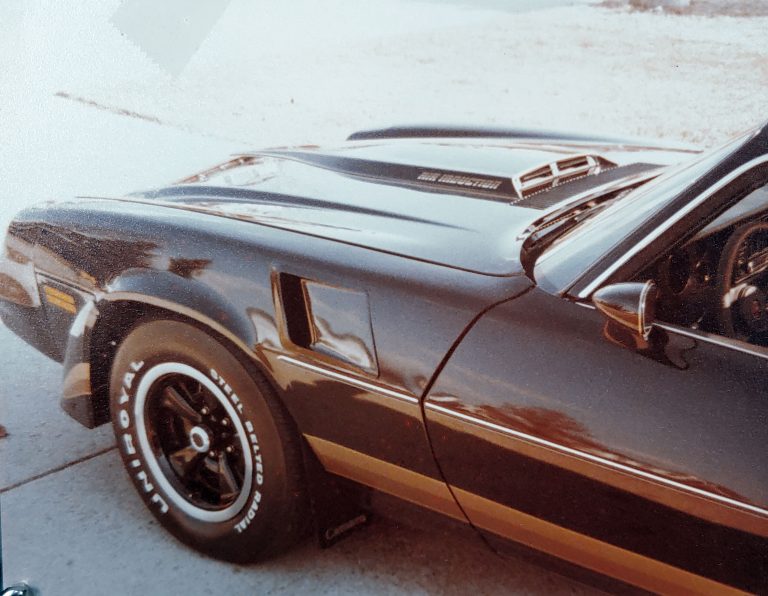 I loved that Z28.  In fact, I was obsessed with that car.  As you can see in the pictures, it was black with a black interior.  Every dollar I made went into personalizing that car.  My favorite mods included the Air Induction hood and fender vents from a 1980 Z28.

I was taught how to cut and buff paint on that car by a technician from the GM Proving Ground.  That fueled my obsession with clean cars that is still in place today.  Sadly, it was also my undoing with this car.

I was dating my wife, Mary, at the time.  We were both seniors in high school (rival high schools, that is).  Many date nights were started with me cleaning that car or chasing down a rattle in the dash.  Mary was patient, but only somewhat suppportive.  I’m surprised she didn’t dump me after I asked her to take her shoes off so she wouldn’t dirty the rubber floor mats.  She still married me, so I guess she saw some future virtue in my behavior!

I went away to college months after we bought that car.  This was my Mom’s daily driver and my fun car during the off-hours.  Being a minority owner did not have many advantages.  After I left for college, I was tortured knowing Mom was driving this car to work every day in the Michigan winter.  Calls to home were started with, “when was the last time you washed the Z?”  After two winters of this, Mom told me the car had to go.

In the summer of 1981, the Z28 went up for sale.  One night when I was looking at used cars at a local dealer, a nice gentleman approached me to ask about the car.  It turns out his son, who was a year or two younger than me, was looking for something like the Z28.  His name is John Taylor (no relation).

Within days we agreed to a price and the Z28 was gone.  Dream crushed.  At least it stayed in a Taylor family.  Just not THIS Taylor family.

This is the part of the story where you think I am weird.  I never stopped thinking about that Z28.  In fact, I’ve had dreams of finding it in my parents’ garage and taking it for a drive.  In that dream, I marveled at the tight suspension, crisp shifting manual transmission and sweet exhaust note.  Sigh.

A friend of mine from my Burger King days, Bill Gogola, knew that car well.  We had some fun times cruising in that car, so Bill knew my obsession.  Turns out Bill’s friend is a friend of John Taylor, and heard John still owns this car to this day.  WHAT???

I got John’s number from Bill and reached out to him a couple of weeks ago.  Be still my heart.

Thankfully, John is a good guy who graciously took my call.  We chatted for about an hour, where I learned the car has been in storage in his barn for some time (John lives about an hour away from me).  He let me know that it was pretty much in the same shape as the day he bought it.  The only modification was the installation of a roll bar and a nicer exhaust system.

I assured John I was not trying to buy the car back from him, as I can see he appreciates it as much as I did.  It would be great to be able to see it for old times’ sake, if for no other reason to get some closure on my obsession.

John suggested we wait until spring.  He has it parked in his barn with a boat blocking the way.  Once the boat comes out, the car will be more accessible.  Yes!

I am very hopeful that I will be able to visit with John this spring, and get a chance to see the Z28 one more time.  It seems he is saving the car until he retires, with the plan to get it back on the road after a lengthy sleep.

You may wonder why I don’t go buy another Z28.  After all, cars from the late 1970s were not particularly fast or collectible.  That means they are relatively affordable.  I’ve toyed with that idea, but it just would not be the same.  I made a solid connection to that car.  So solid I am still thinking about it 40 years later.

This is the reality of a car enthusiast.  Just about every article I’ve written centers on that connection we make with cars.  It is the memories they evoke…much like the smell of Grandma’s freshly baked pie or a song from your wedding.

If this seems like a crazy notion, keep reading my articles posted in the “Human Interest” section of this website.  The new “Drive-Thru Interviews” are featuring people and their car connections.  This feature just launched with “Drive-Thru Interview:  Erica and her BMW i3.”  I have several great interviews in the hopper–look for new ones around the middle of each month.

If you made it this far into the story, thanks for reading!  Give me your thoughts about my obsession (or yours) in the comments below.

If you are willing to share your car connection, please let me know so we can get together for an interview.