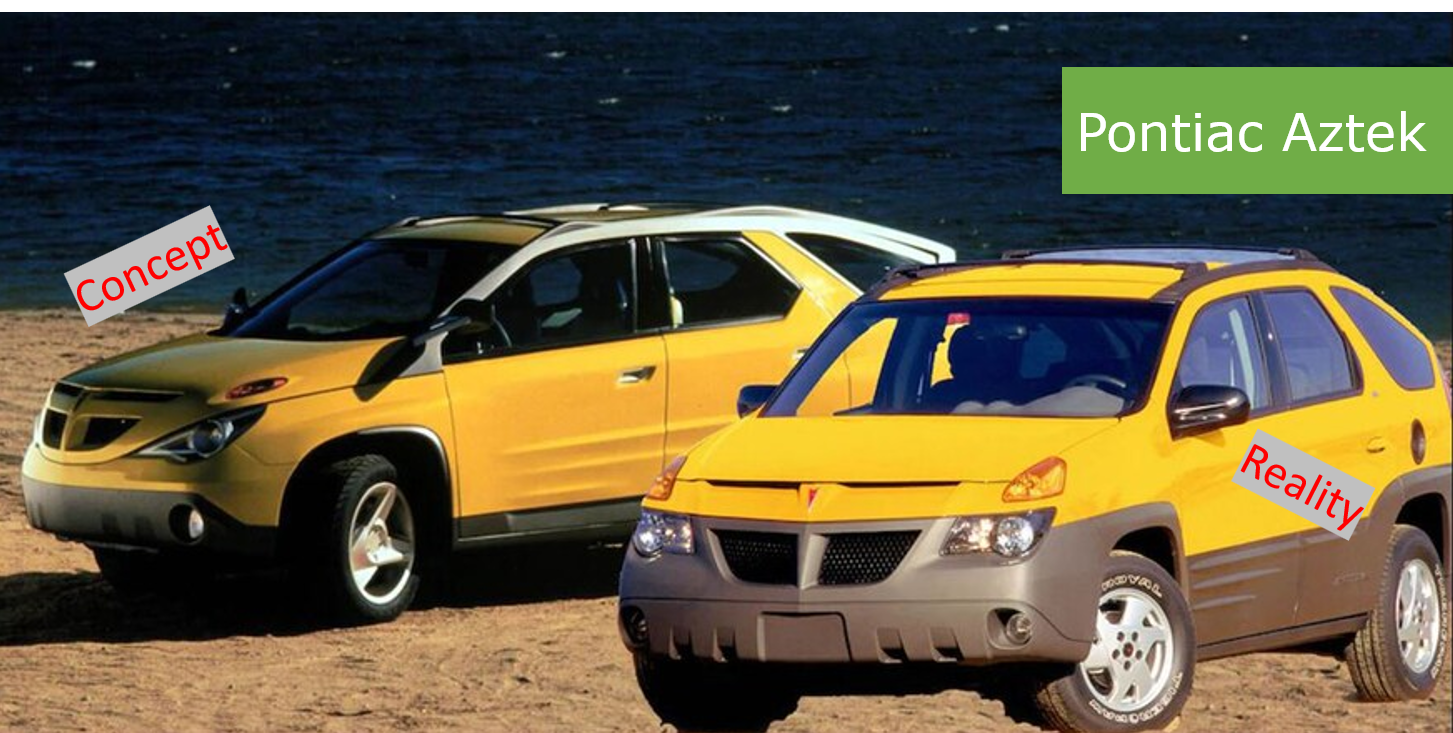 Few vehicles have been more universally panned than the Pontiac Aztek.  While it was lauded for its versatile interior, people could not get past the exterior design.  Bob Lutz, GM Vice Chairman of Global Product Development, often referred to it as an “angry kitchen appliance” or “angry toaster.”

Those were pretty harsh words from the man who pushed the Chrysler PT Cruiser on the buying public when he was at Chrysler.  When I was at GM, Lutz made fun of the Aztek in company meetings whenever he could.  He claims it was the reason he was hired–to fix the poor product designs that were common in the early 2000s

Not everyone shared Lutz’ opinion–I had a new 2003 model and loved it.  It had some really cool features that I will share later. But first, let’s take a look at the basics and how the design evolved.

The Aztek concept car was shown to the public in 1999, to a favorable reception.  It was designed with the young and active Generation Xers in mind.  With that demographic target, Pontiac designated it a “sport recreational vehicle.”

Using a shortened platform shared with GM’s minivans (Pontiac Montana and Chevrolet Venture), Aztek was marketed as a mid-size crossover SUV from model years 2001 to 2005 .  Unfortunately, this platform sharing was part of its shortcomings.

The 1999 concept vehicle took on a different shape in production, because the product team was forced to use the GM minivan platform to save cost.  Even with that requirement, every attempt was made to keep the bold styling.  GM Design Chief Tom Peters was emphatic on that point, declaring:  “we wanted to do a bold, in-your-face vehicle that wasn’t for everybody.”

It seems GM achieved that goal, but not in the way they planned. The design was widely criticized by both the automotive press and just about anyone else with an opinion.  The main fault was the gaudy gray body cladding, which accentuated the shortcomings of the exterior styling.  The cladding was quickly replaced with smoother body colored body panels in the 2002 model year (as seen in the picture below).

Most critics of the Aztek’s exterior styling were complimentary of the interior.  Whether it was the distinctly Pontiac instrument panel with red lighting, the ability to carry a 4×8 sheet of plywood or the many unique features, the interior made a statement. 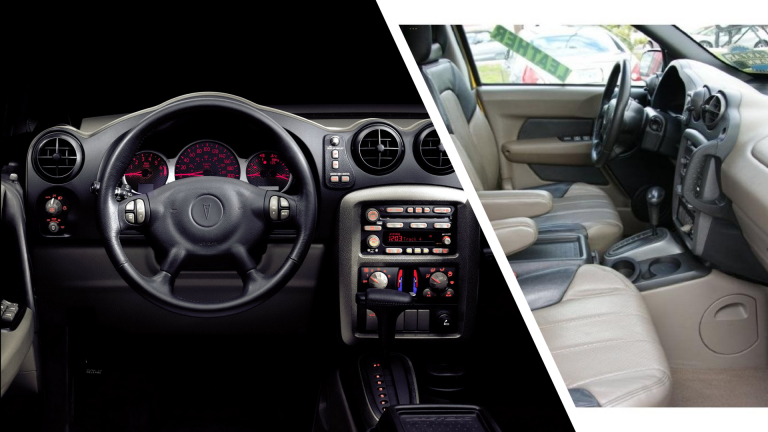 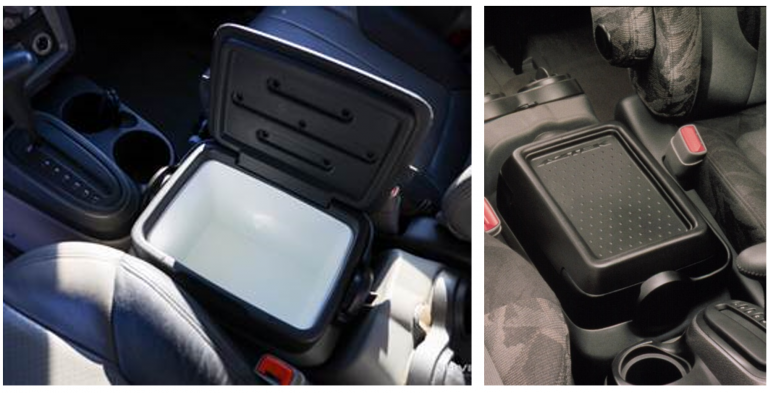 Adding to the clever interior design, the center console was actually a removable cooler.  This allowed you to keep your drinks cold on the way to your tailgate party or other outdoor fun. 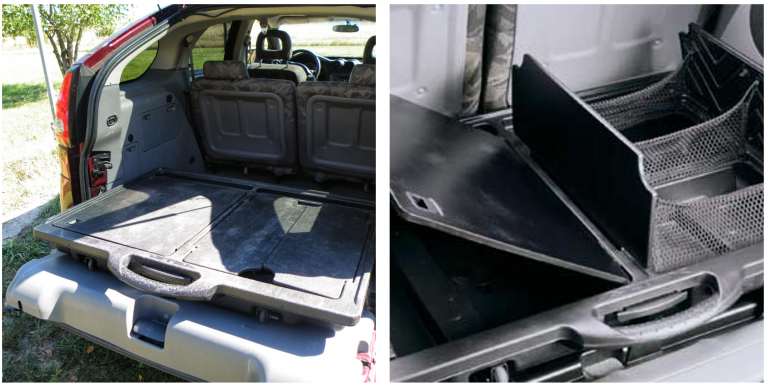 One of the features I loved in my 2003 Aztek was this sliding cargo tray.  It was located behind the second row seats.  It could hold up to 400 pounds in its many compartents, and cargo was easy to access with the sliding feature. It also rolled on built-in wheels when removed from the vehicle. 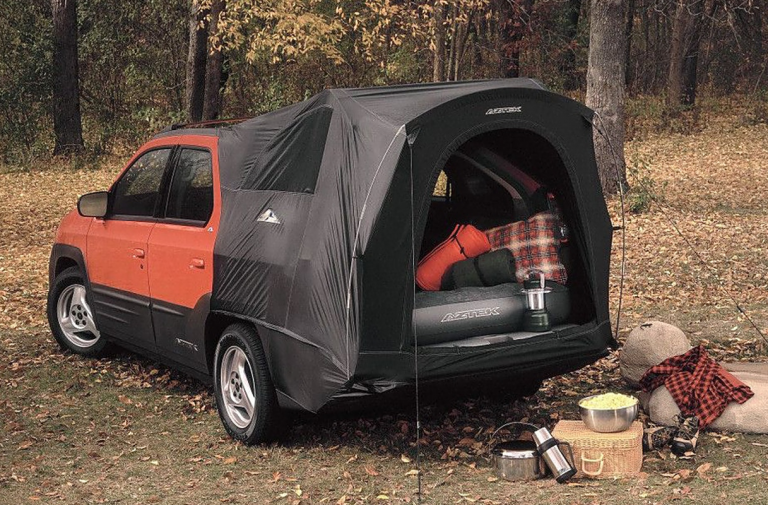 Likely the most popular accessory was this tent designed specifically for Aztek. It provided great shelter for budding overlanders, and the optional air mattress was custom fitted to the load floor.  The built-in air compressor was great for inflating the mattress in record time.

Other features and accessories made Aztek even more ready for overlanding activity: 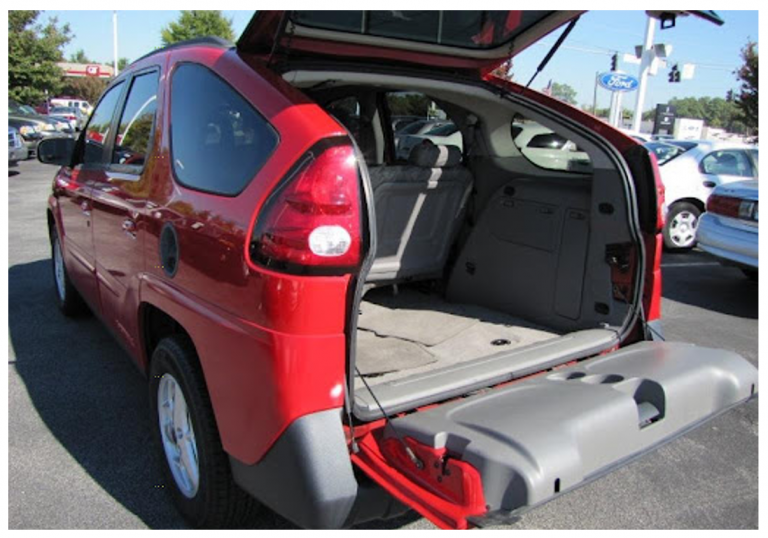 The Aztek was ahead of its time, made before overlanding became a thing.  When you look at some of today’s new vehicles (Ford Maverick, Hyundai Santa Cruz, etc.), it is easy to see where they got their influence.  What a design pioneer!

Rendering the Aztek for the Future

Could the Aztek have been saved if given more time to evolve?  I think so, as do a few designers who have taken a stab at recreating the Aztek.

For starters, Chip Foose of Foose Design applied his magic to clean up the existing design in this short video below:

Some other creative customizers did the same, sharing some interesting concepts of their own: 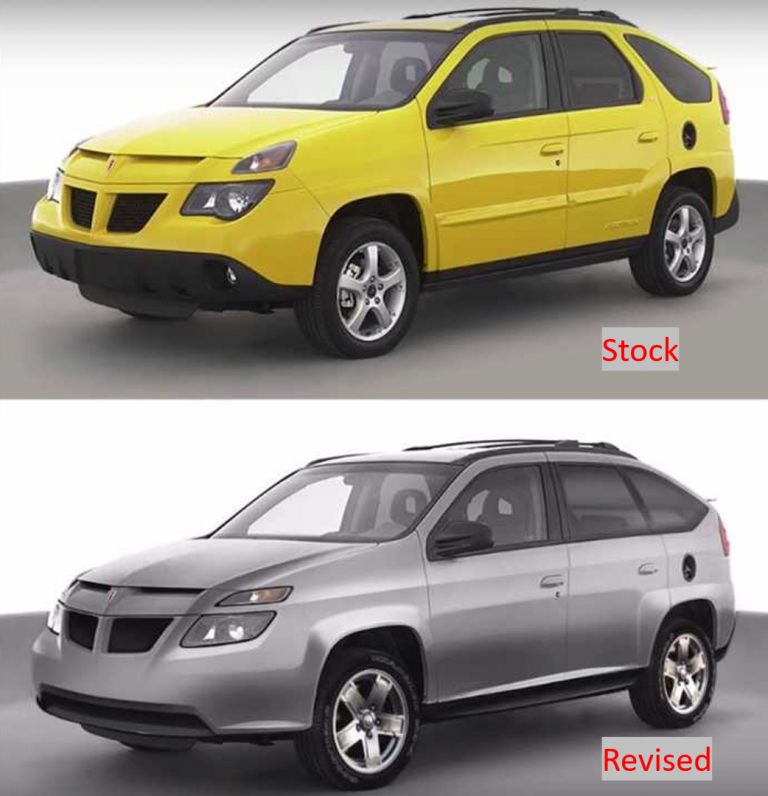 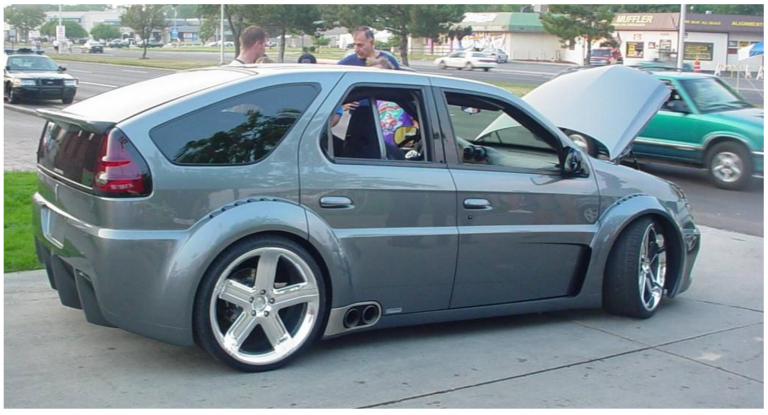 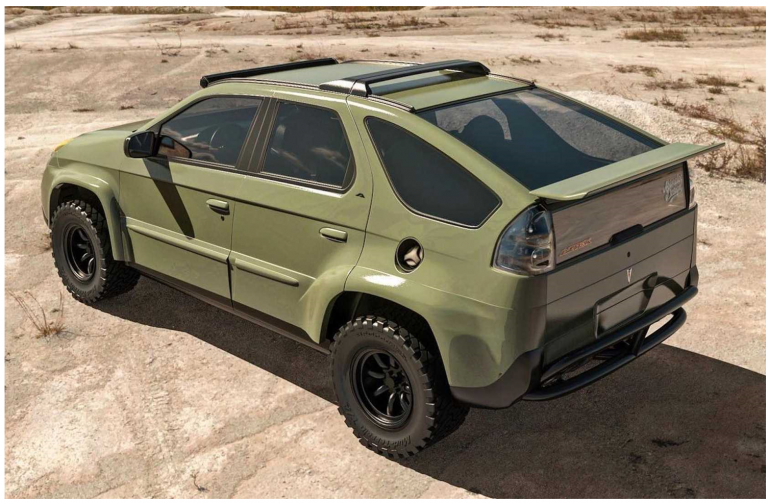 One designer even made a tribute to the Pontiac Trans Am!  When you consider that Porsche, Maserati, Mercedes, BMW and Alfa Romeo now make SUVs, GM missed an opportunity to let Aztek stand out as a design pioneer versus an angry kitchen appliance. 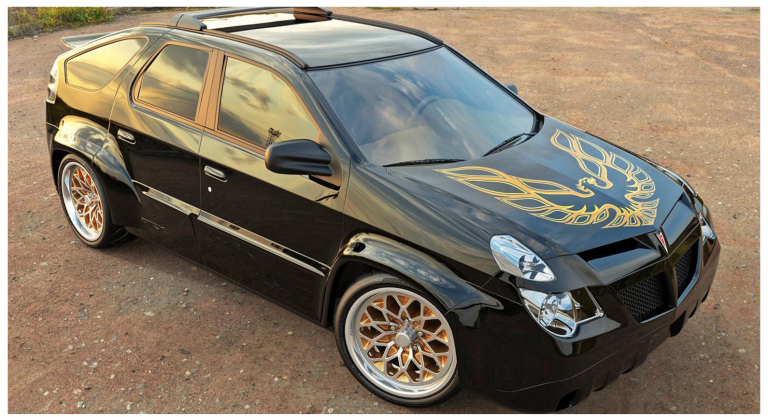 It is no secret that I like quirky vehicles.  The Pontiac Aztek certainly falls into that category, and had the potential to shake GM out of its design doldrums.  Unfortunately, it went from creative concept to compromised production vehicle.  I applaud the teams that took the leap, and hope it makes a modern comeback.

If Hummer can be resurrected as an electric GMC truck, Aztek could very easily make a comeback as an electric Buick or GMC.  Imagine that…the Buick Aztek Overlander!