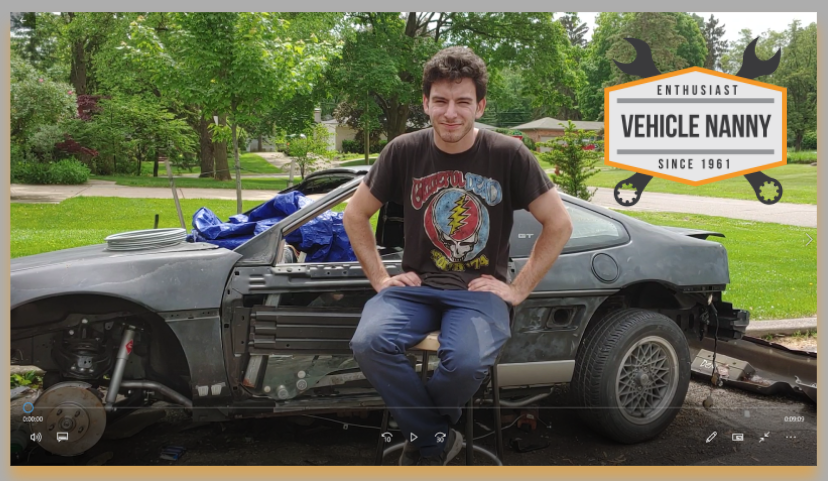 I referenced AJ’s Fiero project in a number of articles over the past year or so, and provided a project update in the video AJ’s Project Fiero back in September 2020.  In between all of those articles, I stayed in touch with AJ to see how he was doing and help answer his questions.  We were overdue for a formal update on his project, so I was excited to get a call from him this week.

It just wasn’t the call I was expecting.

When AJ picked the 1986 Pontiac Fiero for his first-ever restoration project, I was excited for him.  I knew the Fiero well, as it was all the buzz in 1984 when it was launched.  That was the same year I started my career at General Motors.  Sadly, I couldn’t buy one because I worked for the Chevrolet division.  Back then each GM division was in competition with the other, and it was quietly forbidden to buy a vehicle from another division.  Sounds crazy?  Yes, it was.  That’s a story for another day.

The Fiero is a unique vehicle, and since it was only built from 1984-1988 it is also somewhat rare.  This is why I was also excited to find another young man embarking on a Fiero restoration.  Ronnie Finger chronicled his project over a two year period in 15 videos.  I found him when researching information for AJ’s project.

Ronnie just finished his Fiero and I shared his finale video in the article The End is the Beginning.  It was a very touching story, and well worth watching for any car enthusiast.  The timing of Ronnie’s finale aligns with AJ’s call this week.  That’s where the similarities end. The two stories have a different ending.

During my call with AJ, he shared his concerns moving forward with his build.  As he kept digging into the restoration, he uncovered more issues with the car.  He also hit some dead ends because parts are now rare or very expensive.

AJ was at a crossroads and wanted to review his options.

Late last summer, he lost the garage space he was using to work on his car, so had to tow it to his Mom’s driveway.  During the winter, he erected a tent over the car and was seen under the car in the middle of snow storms removing the subframe.  This young man was laser focused on his project, but the realities of it finally reached a tipping point.

It was time to move on.

AJ just graduated from high school and is getting ready to go away to college in the fall.  That, coupled with the expenses and logistics of working on the car lead him to the decision to get rid of it.  This was not an easy decision, but was a correct one in his case.

This is a crossroads many car restorers experience.  Not all of them are smart enough to realize it in time to avoid the bigger money pit.  I applaud and support AJ’s mature, reasoned decision to stop the project and move on.

AJ felt he let a lot of people down with his decision.  I understand his thinking, and told him his story can actually help others facing the same decision.  That is why I felt compelled to film the interview below so that you all can hear it from AJ directly.

The End is the Beginning for AJ, Too

Like my article about Ronnie Fingers’ project finale, AJ’s story is just beginning.   He learned so much from this project, and his personal growth over the past year was fun to watch.  It also helped him discover a path to his future career.  AJ has been accepted into the Automotive Engineering Technology program at Ferris State University.

I am proud to play a small part in his development.  This is the reason I provide ongoing support of automotive programs designed to inspire and educate young car enthusiasts through the sale of items in the Vehicle Nanny Merchandise Store.  This car hobby is about more than just the cars, and many times builds skills and habits that last a lifetime.

All proceeds go directly to programs like the Hagerty Automotive Youth Program.  I hope you can find a fun item for yourself that also supports our budding car enthusiasts.