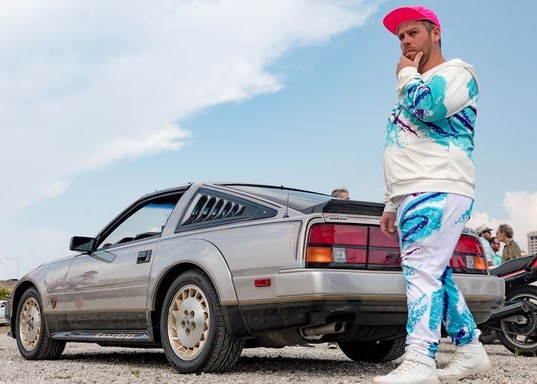 When I started Vehicle Nanny in December 2019, I expressed concern that the car hobby may die off with the passing of the Baby Boomer generation.  These old timers (I’m at the tail of of this generation, so I can say that!) and their 50s-70s cars and trucks have been taking over weekend car shows across the country.

By my observation, they were blocking the younger car enthusiasts (teens thru those in their 40s) from joining in on the fun, which bothered me a lot.  So much so that I devote a lot of my attention to the interests of these budding car people, which I talk about at length in the article The Future of the Car Hobby.  In that article, I ponder if the vehicles from the 1980s through the early 2000s stood a chance in the car hobby.  Short answer:  you bet they do!

In a number of articles, I have referenced my young friend AJ and his 1986 Pontiac Fiero restoration.  My last official update was in the video AJ’s Project Fiero.  Since then, AJ has been very busy with the project and school.  I have not been able to get over to his house much due to COVID concerns, but we stay in touch a lot via text.

Like any restoration project, AJ has discovered that as he starts working on one area of the car three more sub-projects surface.  I plan to get with him soon so that I can provide a full update and to share some really good news about his future plans.

His story has caused me to dig deeper into the new breed of enthusiast cars.  A real movement is under foot, which I think is pretty cool!  You might even say it is RAD.

It seems I am not the only car guy who noticed the trend toward the more modern classics.  A group of young guys from northern California felt it was time to celebrate the cars and trucks from the 1980s and 1990s, and created “RADwood,” which they describe as follows:

RADwood is a celebration of ’80s and ’90s lifestyle, blending period correct dress with automotive awesomeness.

An event for cars, trucks, and bikes from 1980-1999 that captures the essence of a bodacious era.

The guys, Lane Skelton, Warren Madsen, Bryan McQueen and Art Cervantes (pictured below) started a series of RADwood car shows across the country that attract a vast collection of fun, cheap vehicles from the 1980s and 1990s.  They also talk up this new culture on their podcast, Driving While Awesome (DWA!)  You can find it HERE and wherever you listen to your other favorite podcasts.

Lane Shelton from DWA! described the RADwood movement and need for shows as follows:

Sometimes it’s not easy being an 80’s and 90’s car enthusiast. Many car shows still cut eligibility at 1973. Cars and Coffees often devolve into supercar one- upmanship and dyno sheet saber rattling.

Aftermarket support for restoration varies while available modifications often erase all vestiges of period correct character, turning the car into something entirely different. Retrospective automotive journalism cannot resist cataloging all of the shortcomings of the era when writing about an 80’s or 90’s car (build quality, power versus pre-fuel crisis cars, reliability, refinement,  impact  bumpers, etc.).

Many of the cars lie at the bottom of the depreciation curve, making good examples rare and survivors subject to abuse. And then there are the events where eighties and nineties cars may have no choice but to participate in, such as smog testing.

So why bother? The secret is these cars are quite good. Affordability aside, the performance and driving experience can be very rewarding. Perhaps most importantly, they can be exercised on the street without causing much trouble, something that cannot be said of modern performance cars.

And while the eighties and nineties cars and culture have quirks and flaws, they are the quirks and flaws we grew up with. These are the cars that are a part of our past, and our eyeglasses are tinting rosier as the clock moves forward.

That last sentence sums up why each generation chooses the era of vehicles they like to collect.  It is the tie to our past that drives our passion.  Check out that passion as seen in the following RADwood show pics: 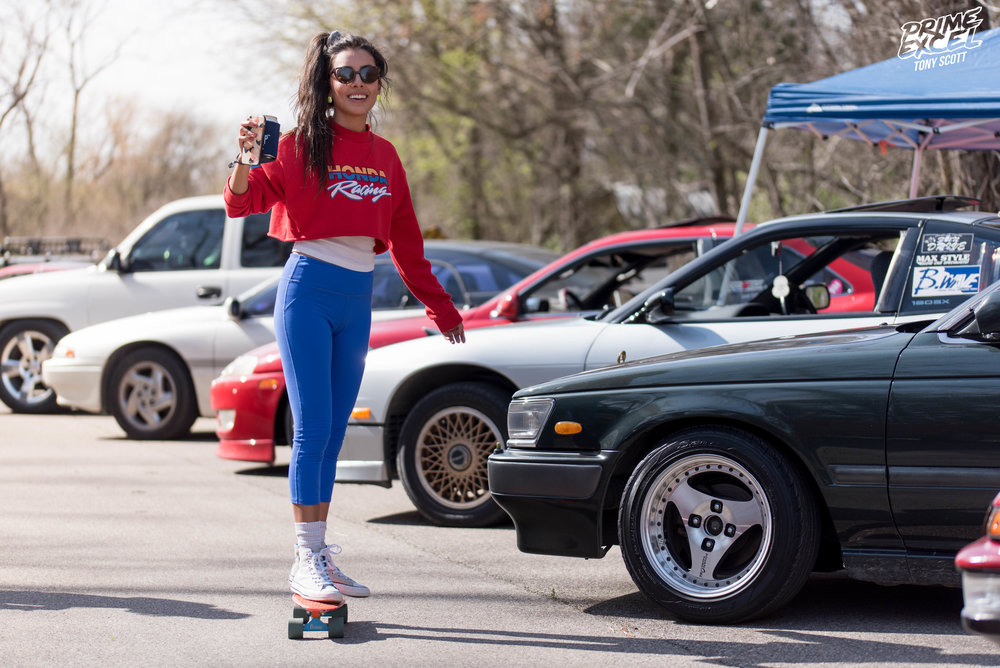 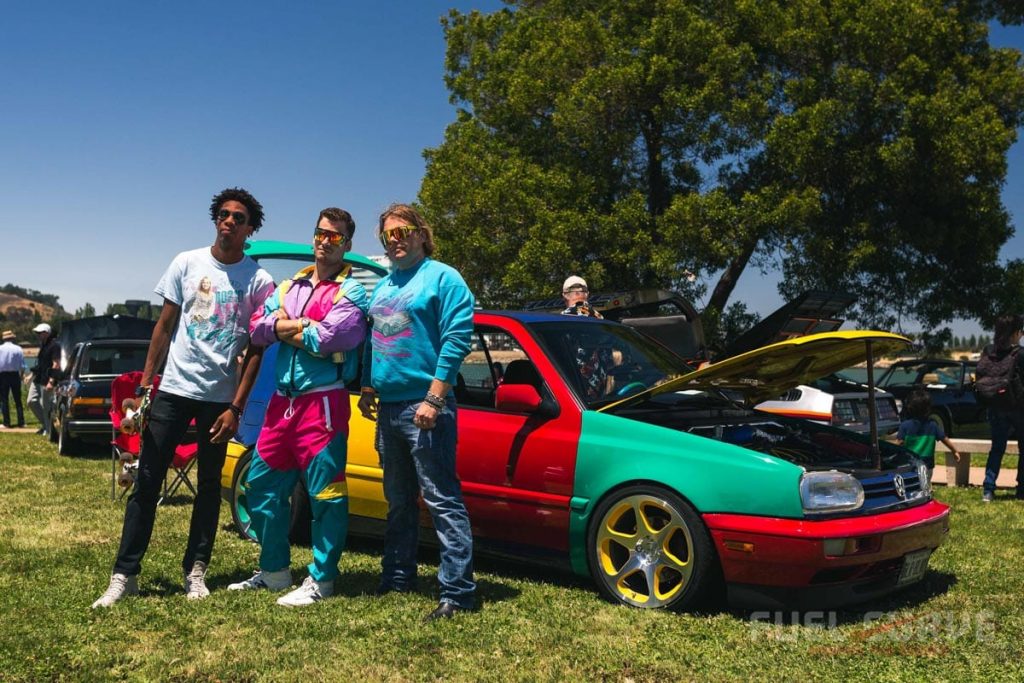 So which 1980 – 1999 car is eligible to be considered a RADwood car?  All of them!  The collection of cars in the picture below represents the finer examples, but it could also include a 1990 Geo Tracker (from Chevrolet), 1987 Porsche 944, 1993 Toyota Tercel or any number of Camaros during that time period. 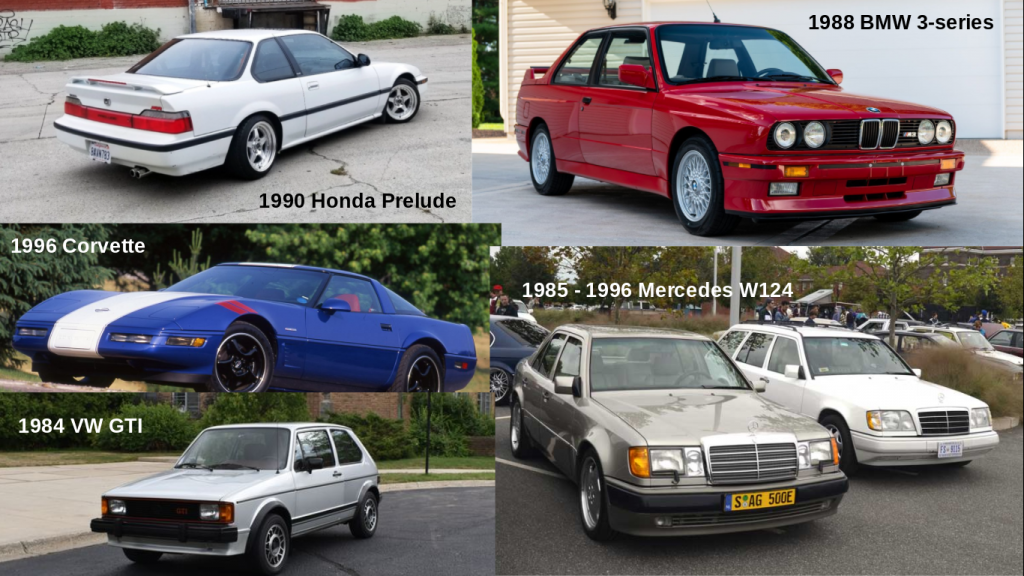 I can think of nothing better to represent the intent of Vehicle Nanny than the RADwood movement and its desire to stoke the enthusiasm of younger car enthusiasts.  It is a welcoming environment for teens and young adults to express their love of cars with vehicles that evoke strong, happy memories of their past.  Thank you to the DWA guys for bringing this movement to life!

In addition to sharing stories like this, I am providing ongoing support of automotive programs designed to inspire and educate young car enthusiasts through the sale of items in the Vehicle Nanny Merchandise Store.  All proceeds go directly to automotive youth programs at Hagerty Insurance and beyond, so I hope you can find a fun item for yourself that also supports our budding car enthusiasts.