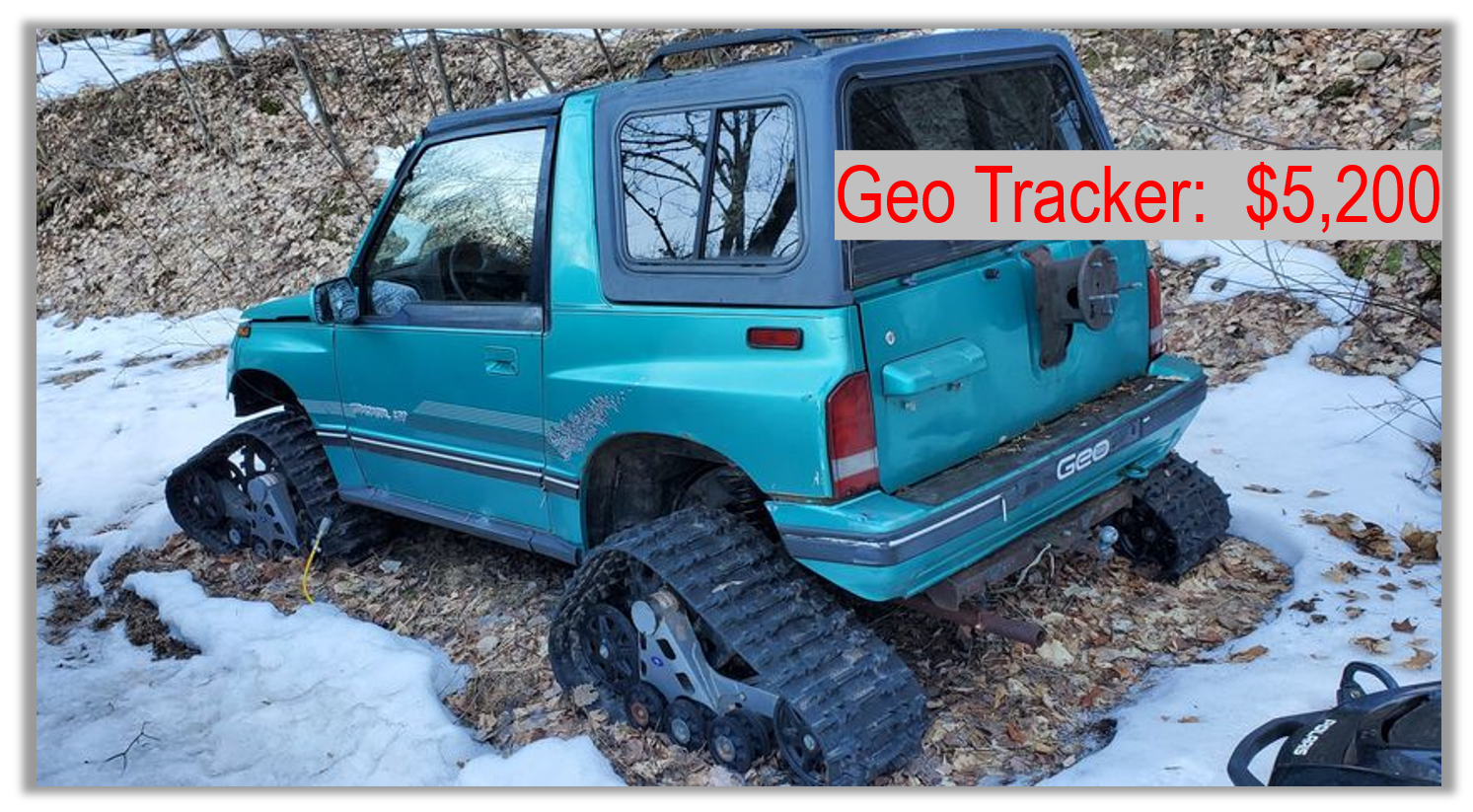 This week’s pick is a 1998 Geo Tracker* found on Facebook Marketplace by Rodney Pulgini, in upstate New York (somewhere between Syracuse and Albany).  As of this writing, the car is still for sale and the listing can be found HERE.  Asking price is $5,200. 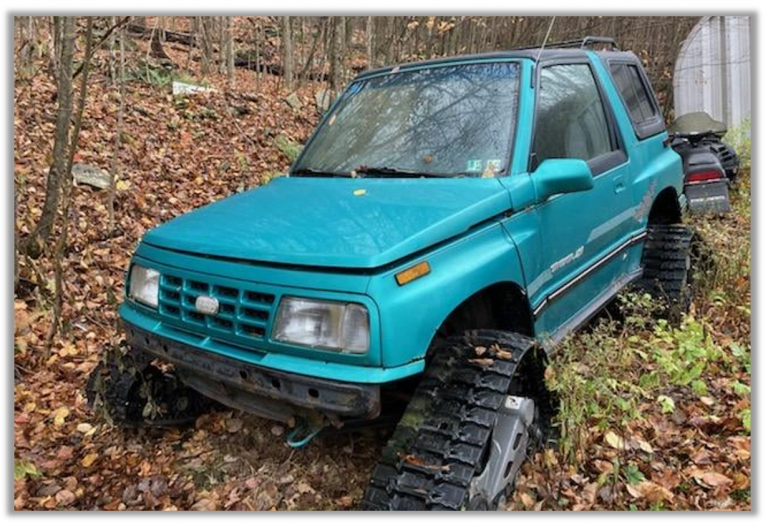 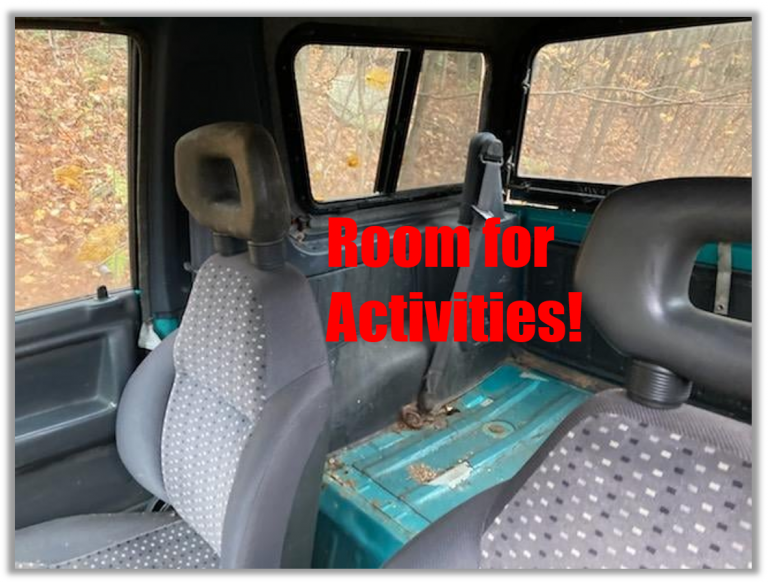 History on the Geo Tracker

The Tracker was a joint vehicle between General Motors and Suzuki.  It was identical to the Suzuki Sidekick, so it used a Suzuki drivetrain.  The GM models were sold through Chevrolet dealers under the Geo brand, which also included the Prizm (Toyota Corolla twin) and the Storm (Isuzu Impulse).

This was GM’s attempt to attract imported-minded shoppers into Chevrolet showrooms for these Japanese-made cars.

Eventually, the Geo brand was absorbed into the Chevrolet fold and rebranded as Chevrolets.

This listing was sent to me by a friend I’ve known since elementary school, Rodney Pulgini.  He knows of my penchant for quirky cars, and felt this was perfect for this article.  When I asked him what he liked about it, he replied “There’s no title.  Easy to ditch when I’m done playing.”

Once you look at the listing, you will learn that this truck comes with these snow tracks installed.  The standard Tracker by itself was pretty deft in the snow and off-road.  These tracks would make it pretty nifty if you have a lot of acreage to play.  It appears to be pretty solid (no rust) which is appealing.

It also has an aftermarket hardtop, which should make it more weatherproof.

As Rodney noted, it does not have a title.  If you can get a duplicate one, you could remove the tracks and install the included wheels and tires to make it road legal.

But where is the fun in that?

Background on this Weekly Series

A lot of attention has been placed on the high prices of new and newer-used cars.  I know there are still some affordable fun cars out there, so each Thursday I am going to share a fun/quirky vehicle found on either Facebook Marketplace or Craigslist within 75 miles of my home in metro Detroit.  All cars will be under $12,000.

More details about this weekly feature can be found in the article Searching for Fun Cars Under $12,000.

I covered the basics of how to buy a used car, including things to look out for and how to go about the actual purchase.

If you decide to go after this car, be sure to read the article Buying a Used Car HERE.

It takes some time to scan the vehicle listings in a market, so I would love to get some help!  If you live in any market other than metro Detroit and would like to be my “eyes and ears,” let me know.  It would be fun to see what some of you can find in places like Georgia, Tennessee, Texas and others.

If you want to be a Vehicle Nanny Scout, message me through the social links at the top of this page or by email at wct.billtaylor@gmail.com.

Send me a link to a fun car for sale with a reason why you picked that car.  I will then include it in the weekly article published on Thursdays.